Social media, however, is starting to challenge the nature of Super Bowl advertising.  According to a recent survey from Lightspeed Research, a unit of WPP’s Kantar, 18% of people will look up ads online with smartphones on Super Bowl Sunday.  So, the internet has definitely became an integral part of Super Bowl advertising, and smart brands are learning how to leverage social media to make their ad campaigns work that much harder.

The shout out for the “smartest” brand in this area must go to Old Spice.  It’s an old brand that has been revitalized and reborn from the Super Bowl campaign Old Spice ran last year.  In an effort to improve sales, Old Spice launched The Old Spice Guy campaign that targeted men and “their ladies.”  (After all, the ladies are the ones shopping the aisle.)  The campaign launched with traditional tactics such as television commercials and print ads, plus online display banner ads.  On top of it all, there were Facebook, Twitter, and YouTube components. These tactics were designed to work together and reinforce each other.  This is what nirvana looks like for an integrated marketing campaign with both traditional and new media:  The Old Spice Guy from TV replies to tweets via YouTube videos!

The results say it all:

I haven’t even got to the smartest part of this whole campaign - this Super Bowl campaign DIDN’T INCLUDE a $3 million Super Bowl ad! The television commercial was released around the Super Bowl.  Then, the marketers bought key search terms.  So, when the 18% of people looked up “Super Bowl ads” online, they found have the Old Spice Guy!

And it called for a second act from the Old Spice Guy.

This guest post was written by #BZBowl participant, Jeannie Chan. Jeannie is a passionate brand manager, who's fueled by intellectual curiosity and caffeine.  While Jeannie has been a marketer for nearly a decade, each day still brings her new challenges.  She keeps tracks of it all on her blog CuriousMarketeer.com.

How to Succeed Where Strategy Is a Bad Thing 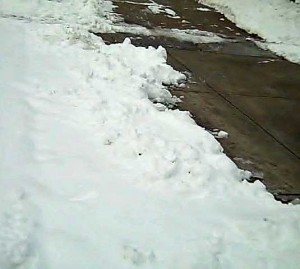 Everybody in the Pool (or Snow Drift) for the Brand Promise