Marianne Carr has been working with us for nearly a year. We met (courtesy of mutual friend, Doug Steveneson) at a lunch neither one of us wanted to attend.

I knew there may be possibilities, however, when she was willing to skip the two-hour wait at Oklahoma Joe's BBQ (as it was still known then) and head across the street for tacos and margaritas at Taco Republic. It's my fault for not getting her listed on the website (gotta get that fixed), but it's great to finally feature her first blog post. It's another in our planned series of recaps of intriguing creative inspiration clicks to articles around the web each week.  - Mike Brown

I had to look this up!

Variety is the Spice of My In-Box: Connecting Dots and Finding Golden Threads

I get a lot of different things to read in my in-box. I mean a lot. I mean different.

To me, some how all of these thoughts, opinions, facts, what-nots are interconnected. Not sure how, not sure why. Maybe it’s for you to decide.

I offer some of my own humble opinions for consideration.

At Work, Captain Hindsight Really IS a Super Hero

“….calls it the "premortem", and it's embarrassingly simple: you imagine yourself in the future, after the project you're considering has ended in spectacular failure. "Unlike a typical critiquing session, in which project team members are asked what might go wrong, the premortem operates on the assumption that the 'patient' has died," Klein writes. In the fantasy world of the premortem, it's already over. You're screwed. Everything went as badly as you could have feared. Now: why?”

IMHO: It’s always about asking better questions (more about that in a couple of weeks). I like the way this is “packaged” however, and sometimes the packaging of a technique helps sell it internally at an organization.  Doesn’t seem like frivolous and ineffective “brainstorming” or “ideation” if it’s called “Pre-mortem.”

Australians Spell Words Differently, but are Not Worlds Apart

“Yet legacy technologies, siloed operational structures, risk aversion and data analytics immaturity must be overcome if an organisation is to achieve the real-time responsiveness customers are demanding. Many marketing functions are also still coming to terms with what customer engagement across the lifecycle means, and how to best utilise content and social channels to make that happen.”

IMHO: Duh. Okay that’s rude. Some of this is obvious, but still true, and no one is doing anything to correct it in many large organizations. Or prevent it in start-ups that hit that scary 5 year, too-many-people, grew-too-fast plateau so that the silos have just magically appeared. But you know all that. My slightly more impressive thought is -- I have heard that Australia is considered a good testing ground for ideas prior to launch in the USA. There are several similarities to behavior and attitude.  I’d love to know if that’s true.

The Secret Life of Being; Remember Each of One of Us has Something

“By the last week of October, Alex was communicating with more than a dozen people who openly admired the Islamic State. Her life, which had mostly seemed like a blurred series of babysitting shifts and lonely weekends roaming the mall, was now filled with encouragement and tutorials from her online friends.”

IMHO: This article highlights how we each individually face some monumental, and often very secret, challenges in our daily lives.  Never forget to be open and empathetic.  And think in terms of people, instead of consumers, when innovating.

IMHO: Oh thank goodness, it’s not me, it’s my subconscious that’s going to eat that cupcake. And I’m not even hungry. So is reading Facebook all day, or tweeting, or pinning, or LInkedining, or Vining or Snapchatting or texting really just a subconscious urge?

New School/Old School – but is it the Right School?

IMHO: Is this the right way to use the infographic format? Am I supposed to print it and hang it on my wall?  Wouldn’t that be better to send me AFTER I signup? But I have heard this is a good event. Maybe I should go some time.

IMHO: And these guys have a MAGAZINE?! Shocker. I’ve heard this is a good event, too. - Marianne Carr

Boost Your Creativity with “Taking the NO Out of InNOvation”

Download our FREE “Taking the No Out of InNOvation eBook to help you generate extreme creativity and ideas! For organizational innovation success, contact The Brainzooming Group to help your team be more successful by rapidly expanding strategic options and creating innovative growth strategies. Email us at info@brainzooming.com or call us at 816-509-5320

to learn how we can deliver these benefits for you. 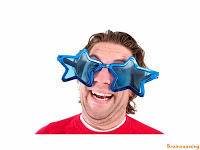