Sunday night's Super Bowl provided an incredible opportunity: getting a cool group of brand-savvy marketers from around the country together on Twitter to tweet about the best Super Bowl XLIV ads. As opposed to larger hashtag groups, the #BZBowl group was more intimate (with nearly 70 participants and no spammers). We had a lot of great IRL and online Brainzooming friends (both new and previous ones) navigating a few Twitter overloads and sharing more than 900 perspectives on Super Bowl ads throughout the game.

Update-wise, our recaps will unfold over the next few days. Barrett Sydnor is preparing a recap based on the SUCCESS formula spelled out in the book "Made to Stick" by Chip and Dan Heath. It will be interesting to see how this assessment compares to the popular opinion and buzz-oriented evaluations.

For me, the best Super Bowl ad was only 15 seconds, took just 30 minutes to shoot days before the game, and didn't cost the advertiser anything to air (in fact, the biggest cost was likely the private jets to get its stars to the shoot). Yes, the David Letterman promo co-starring Oprah Winfrey and Jay Leno was the standout ad in this year's Super Bowl.

When you think through the "Made to Stick" criteria, the promo fully used 5 of the 6 proposed keys to memorability. It was:

The only key it didn't use was Concrete, and that's only because it didn't scream, "Watch the Late Show!"

Just goes to show that a creative idea, some strategic risk taking (on multiple fronts), and implementing the SUCCESS formula can more than compensate for huge production budgets when it comes to memorability.

A few other quick impressions:

As I write this very early Monday morning (after a post-game visit to the emergency vet with a sick cat), USA Today is reporting (by a really obnoxious guy BTW) the top ads as ones from early in the game:

My sense from the chat on #BZBowl would be agreement with Snickers, but support for other Doritos ads as among the best. Forbes.com lists one of the E*Trade baby ads as number 1. I was less sold on the babies this year, but the campaign did yield a great new term, "Milkaholic." Its other top 3 were Doritos (dog collar) and Denny's (which should have come up with a special football promo name for its expensively-touted Grand Slam Breakfast).

As I mentioned, we'll be updating our Brainzooming Super Bowl Analysis the next several days, sharing a strategic and innovation perspective on the Super Bowl marketing efforts. - Mike Brown 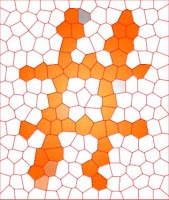 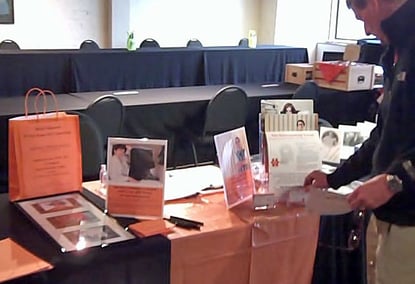 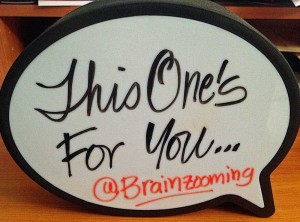