Saturday’s “Creating” column in The Wall Street Journal featured a profile on British performer Tracie Bennett who is playing Judy Garland on Broadway in “End of the Rainbow.” The article details the creative preparation she went through in advance (and still conducts nightly before each performance) to transform into her version of Judy Garland. 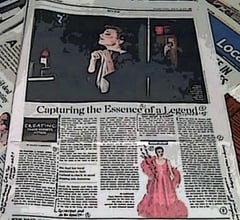 The Wall Street Journal story details various steps Tracie Bennett employed to get ready for her Judy Garland performance. These steps provide seven lessons any of us can use in reinterpreting creative inspiration as we borrow creative ideas from sources that already exist while still creating something new.

1. Immerse yourself and learn so you can quit looking as you create.

Tracie Bennett consumed twenty-five Judy Garland biographies along with watching and listening to everything she could find about her. After immersing yourself in creative inspiration and having a command of your subject though, it is critical to step away and creatively reinterpret your work based on your own perspective.

In determining the mannerisms she would use onstage, Bennett combined elements from Judy Garland as both an adult and a child performer. When you are borrowing creative inspiration, do the same and pull inspiration from varied periods, whether that involves multiple eras, geographies, media, etc.

3. Don’t get in trouble by directly copying your creative inspiration.

During the time period “End of the Rainbow” captures, Judy Garland was performing certain songs in a slower, understated manner. Since this style did not fit with the play, the songs are performed with a more manic energy than historical facts suggest. What a great reminder that creative inspiration should be reinterpreted, and you can even do the opposite when it suits your creative demands.

4. Identify the underlying creative structure, then stretch and dial it back a little.

Bennett learned how Judy Garland actually performed songs by studying her mouth positions and breathing patterns. While she used this learning as a basis, she attempted to exaggerate the mannerisms before dialing back her performance so it is not “clownish.” It’s always valuable to inordinately stretch your creative ideas so you know where the creative boundaries are and can settle on the appropriate place.

Since “End of the Rainbow” recreates a Judy Garland performance, Garland’s songs were considered as speeches within the play’s structure, with each one intended to move the story and emotions along through the production.  Considering a creative inspiration from a different perspective or moving it into a different context is ideal for forcing creative reinterpretation.

6. Develop your own creative backstory to inspire your creative effort.

Through her research, Tracie Bennett identified her own interpretation for Judy Garland’s emotional state at the start of the play. She and director Terry Johnson decided, however, that introducing this new point of view into the play would be confusing. Instead, Bennett uses her new creative backstory to prep without bringing it onstage. Not all your creative exploration and preparation has to make it into the final creative output. You can allow it to inspire and then put it aside.

7. If you want a new creative angle, think “similar but different.”

Judy Garland died of a drug overdose, but rather than taking her extensive research into trying drugs herself, Tracie Bennett interviewed friends and others who had been challenged by addiction. You don’t always have to walk exactly the same path as the original creator to reinterpret creative inspirations. Mining people and ideas that are “similar but different” is a wonderful source for further creative inspiration.

What do you do when reinterpreting creative inspirations? What tips do you use when you borrow creative ideas? – Mike Brown

Download the free ebook, “Taking the NO Out of InNOvation” to help you generate fantastic creative ideas! For an organizational creativity boost, contact The Brainzooming Group to help your team be more successful by rapidly expanding strategic options and creating innovative plans to efficiently implement. Email us at info@brainzooming.com or call us at 816-509-5320 to learn how we can deliver these benefits for you. 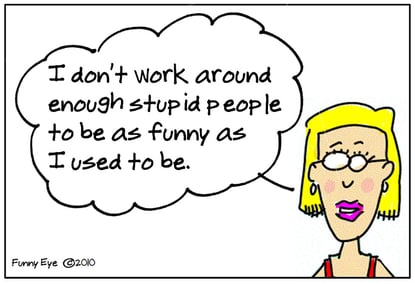 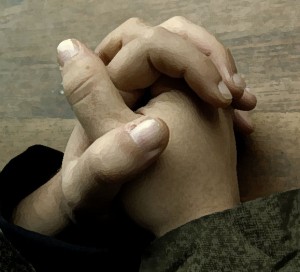