I'm at the Charlotte, NC Business Marketing Association Lunch today speaking on "Taking the NO Out of Business InNOvation." If you're on Twitter, check out the hashtag #ncBMAlunch to see if we get some live tweets going! 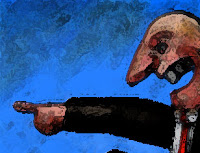 Talking about the same topic at last Thursday's KU class prompted a question on how to challenge ideas without being seen as a naysayer. Here are 3 tips to avoid getting labeled as negative:

People often begin a challenge by clearly signaling through their body language (confrontational), tone (frustrated or agitated), or words (but, don't, can't, instead, etc.) they're about to challenge something. Here's an alternative - stop doing those things! Think hopefully about the conversation, looking for points of agreement; this will help modify your body language and tone. Then simply start building on the other person's idea, even modifying it, without allowing your words and attitude to suggest you disagree.

People are also often very sincere in saying where an idea comes from, even when it really doesn't matter. This happens frequently with new hires who trot out ideas prefaced by, "Here's what we did at my old company." The typical reaction? "If your old company is so great, why aren't you still there?" In contrast, introduce a potentially challenging idea without any attribution, foregoing even claiming your own ideas. By allowing an idea to be introduced on its own, you can start getting consideration for it without any negative baggage its original source may create.

3. Give Your Ideas Away

What might be viewed as a challenging point of view from you may be seen as completely innocuous when coming from someone else in the group. The key here is to be comfortable with sharing an idea with a receptive party, letting them build and modify the idea, and then confidently in allowing them to introduce the idea if it means a higher likelihood of successful adoption.

Try these three, and you'll be a lot less likely to be seen as giving NO for an answer. 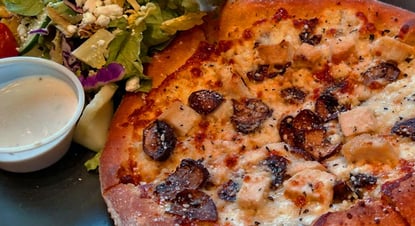 Creative Thinking – We All Have Our “Pizza Meeting” Weak Spots

Who Is Creating Social Media Content in Your Organization?