11 Things Only People with Common Names Will Understand

A Buzzfeed article shared by Emma Alvarez Gibson listed things every person with an unusual name understands. I suggested a response for people with common names.

Talking with the woman who is always on the elliptical trainer behind me at the gym prompted me to turn the article idea into reality.

She introduced herself with just her very distinctive first name. Her name was so unusual I wrote it pictogram style on my exercise sheet to remember it. Googling it later, it turns out to be a Biblical name I’d never previously heard, and she’s likely the only person in the country with her exact name.

Contrast that with “Michael / Mike Brown." Some estimates suggest there may be 30,000 men in the United States with some version of my name.

11 Things Only People with Common Names Will Understand

For those of with common names, here are 11 things only we will understand (minus the Buzzfeed GIFs):

1. You will never get your exact name on a social network

There is always someone with your name who beat you to signing up on the latest social network. My one personal exception is Twitter. I'm @MikeBrown on Twitter which leads to the next point.

2. Someone famous who is an embarrassment shares your name

Someone famous will have your name and that person will be a screw up. I have multiples, from national calamities to sports. A guy tweeted me to complain how stupid I was as the Cincinnati Bengals owner. I tweeted back he had the wrong Mike Brown. He replied, "I looked at your profile, and you don't look like you know anything about football, either."

3. Googling your name generates tons of hits, almost none of which are you

With a common name, Googling your name means finding yourself on page 107 of the Google results, preceded by 106 pages of articles about famous screw-ups with your name.

4. You must have a descriptor to separate you from the screw ups

I've been called Mark throughout my life, even by people who know me. A guy I've known for ten years called me Mark in the grocery store recently. Even with "Brainzooming" linked to my name, at least the mix-up has changed. People think my name must really be “Brian,” since no one is named "Brain." I actually now receive emails addressed to Brian.

I’ve never been able to say, "Look me up in the phone book" even when people looked in phone books. Back then, there was another Mike and Cyndi Brown living 20 blocks from us on the SAME STREET! These days, you can't tell someone to find you through Googling, as we've already established.

7. It pays to keep your address and phone number the same

With a common name, keeping the same contact information is vital to hearing again from old friends and acquaintances. We've had the same address and phone number for years. I've had the same cell phone number since the late 1990s. I still maintain my first AOL email address from the mid-1990s that some people still use.

8. Work in a big company long enough, and it will seem EVERYONE has your name

At one point in my corporate life, EVERY guy seemed to be a Mike, including my boss, a guy that worked for me, the president of one subsidiary, and the COO of another subsidiary, to name a few. Cross-company strategic planning meetings were a bit of a cluster to say the least.

9. You will never be able to go by one name

In contrast to the one-named woman on the elliptical trainer, Madonna, or LeBron, people with common names can’t ever go by one name when even a first and last name won’t set you apart. That's when you hope for other options.

10. It helps having a middle name that stands out - unless people mock it

My middle name is my dad's first name. In grade school, a kid whose father worked for my dad introduced that fact to my classmates. From then on, kids would call me by my dad's name to irritate me. Then in my corporate job, my boss casually asked me my middle name at a senior management meeting before our national sales conference. I answered, our company president thought it was hilarious, and for the entire meeting, he jokingly referred to me from the stage by my dad's name. That went on for several years. Yes, some corporate execs never mature beyond grade school.

11. You can maybe spice things up if you sound foreign

There was a guy in high school named Carlos Moreno. In Spanish I class, I discovered the English version of his name was Charlie Brown. CHARLIE BROWN! Carlos Moreno sounds so much better more exotic. Maybe going by Miguel Moreno would help me, but no one would call me that with a straight face, including me.

What about it common name people?

Do those sound familiar? And what else would you add if you too have a common name? - Mike Brown

Learn all about how Mike Brown’s workshops on creating thinking can boost your organization's innovative ideas!

Leadership - The 2 Types of Strategic Advice You Need 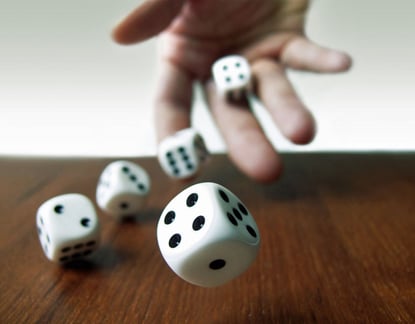