Zombies and Vampires - Strategic Perspectives on Their Popularity

Today's Halloween series of xy graphs is both serious and silly at the same time. It's a strategic perspective on zombies, vampires, and their current popularity.

Strategic Perspectives on Zombies and Vampires

I was thinking one day about the influence of the Internet, and its impact on an unprecedented push for decentralization of influence and authority along with a demand for greater immediacy of information.

That thinking prompted the xy graph below: my take on the historical relationship between influence and time.

It's about time and influence

God is the ultimate eternal, centralized figure of influence and authority. Other centralized, earthly organizations have developed over time to fill in a variety of roles - religions, governments, corporations, and in the last century especially, media outlets. The successful versions these organizations have had fairly long tenures and because people looked to centralized bodies, they have wielded substantial influence. 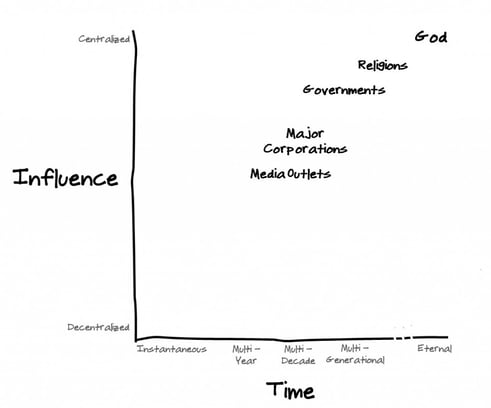 WWSD - What would Snooki do?

Centralized authority has come under fire with intense questioning and decreasing public belief the past fifty years (the downward pointing arrow). The proliferation of the Internet and forces it creates for decentralizing information and influence enhance this trend. The Internet has also fueled a demand for immediate response and shorter cycles and lifetimes for information (the leftward pointing arrow). Traditional centralized authority figures depend on stability and tenure. With the push for transformation and speed, centralized figures of influence become destabilized.

With official authority under attack for its traditional role of deciding what is good and bad, we’ve seen an explosion of self-appointed celebrities filling the void in traditional categories (religion, media, business, education, etc.). Absent centralized sanctioning of who is an authority and who isn’t, anyone can claim his or her self-appointed value and role as a source of influence others should follow. 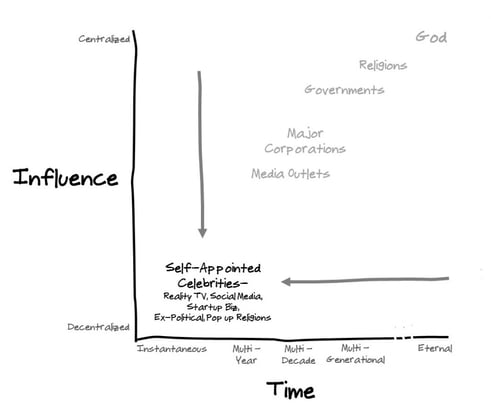 The move toward instant celebrities as influencers has created a void (the circle on the lower right). Humans seem to have a calling toward the eternal and something bigger than us. So if people are turning less frequently to God as a source of eternal influence, how is the void to be filled in a decentralized world?

Zombies and vampires to the rescue

The answer to filling the void for the “eternal” is Zombies and Vampires!

Whether they are immortal, undead, or something else I’m not sure of entirely, zombies and vampires are the ultimate multi-generational / multi-century, decentralized influencers for today. They possess mystery, unknown powers, and influence we don’t understand. And at least with vampires, they now look like young, attractive celebrities! Zombies are such perceived threats, there are even organized preparations to deal with a zombie apocalypse. 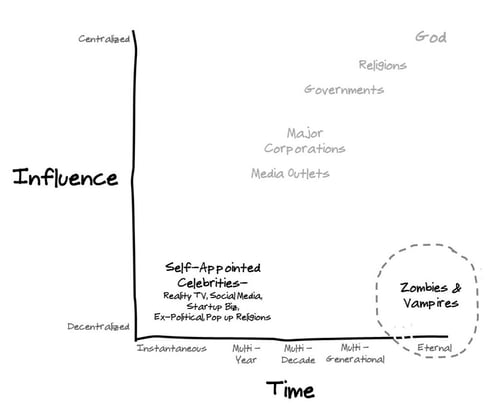 So have at it!

BTW, I don't think zombies and vampires are good answers to what we need today (I'd point people back to the first chart for some answers), but I'm simply offering an idea on why they seem to be a popular answer right now. 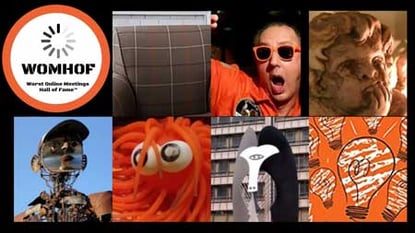 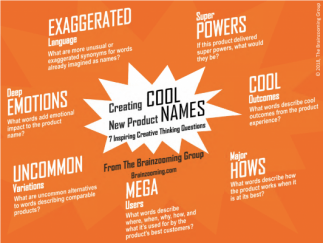 How to Generate 100+ Cool Product Names in a Hurry!