What Can I Possibly Know About Innovation? Guest Post by John Caswell

Some guest posts are months, if not years, in the making and only come about after extensive interaction with the guest author. A very few others feel almost spontaneous. This guest post is one of those! A week ago Sunday, John Caswell of Group Partners retweeted several of my creativity posts. That led to some direct messages back and forth and learning a little about John's approach in using Structured Visual Thinking™ to help enterprises change the way they think and work. Given my personal interest in drawing and the desire to incorporate it more directly into the Brainzooming process, it was a natural to ask John to share an article on his thinking about innovation and change. Within the day, John polished off this guest post, and I'm excited to introduce it here!

After my third or fourth interjection I had clearly upset the guy that had called the meeting. "What could you possibly know about innovation?"

OK - yes I did take it personally. No one had actually answered what I thought were simple questions. People talked over me. Tables were thumped. Flip-charts were rattled. The air was thick with passion. I was shocked and battered and bemused. I just couldn't make any sense of it. I guessed it was me. I was young - this was 30 years ago.

Nothing has changed. I still take it personally, but I fight now.

Today, like then, it is still very possible (likely) to enter a workshop - or indeed any gathering - to discuss innovation or strategy, and hear the same unstructured, self-serving drivel. It worries and frustrates me that we end up solving the wrong problems really well so I chose to study the field.

I thought I would share my story and see how many sympathisers I can find here!

We see it all over don't we. Layer upon layer of 'solution' that fixes an effect rather than a cause. Another sticking plaster on a service or system that has lost its original intention. Been through an airport recently?

We all know this is a well-trodden field. Everyone has a theory, millions of single-idea self-help books on leadership, behavioural change, this and that tool, lists and templates that guarantee success. Mostly unread and gathering dust. Well from where I stand, the world isn't taking any notice or applying this knowledge in order to innovate or build better strategy. 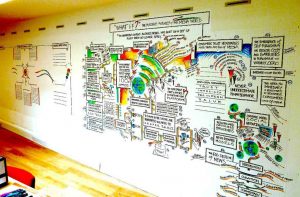 What I noticed was that many sessions on innovation or strategy were the same. People with big decks, loud voices; seniors with dull titles getting to make grandstanding performances to people who weren't really listening. No one shared the same meaning of any term or idea. Some poor sausage consigned to taking notes that no one would ever read again and someone writing in a forgotten Mandarin font on a white board with a faded tangerine marker pen. Everyone careful to toe an unspoken party line or be quietly correct when the big moment to be a positive terrorist came.

I noticed little or no wider context (or even vaguely factual evidence) within which to open/force bigger debate. People seemed to lack any coherent or shared idea of what the actual outcome of all this endeavour was supposed to produce.

After a while I saw that what was missing was creativity within a logical and agreeable structure. There appeared to be little or no governance within which to level set everyone without limiting the  freedom to think. There was no intelligent record (of the little thinking there was) upon which to spring better thinking. We seemed to be in a 'Groundhog Day' of meetings. I was in an innovation madhouse and all the windows were boarded.

At its simplest level it was unclear to me what problem we were solving. And so how could we decide what innovation we were seeking? How would we know if it was a success? How would we all collaborate to get there with so much difference of opinion and so much biased judgement/protection of territory and ego.

Organisations are deliberately 'organised' in divisions. So without a shared answering machine there will be many (divisional) right answers. Right? How can we ask the right question about innovation or strategy without collaborating on a common framework to firstly  debate and then conclude the 'exam question'?

Anyway. 30 years later - I still see the exact same situation as I go crusading around our planet. My weapons are visual and structured. I force discernment and calculation through the boiling oil of stimulation. I aim to harvest all the available creativity by asking Columbo questions - all of it aimed at pushing the boundaries. My army is made up of everyone because I don't compete with what anyone else does - I add to whatever is already in place.

My Trojan Horse is impartiality. This approach takes no prisoners because I have no dog in the fight. I have nothing to sell other than a correct conclusion. I draw these conclusions with them – literally. - John Caswell 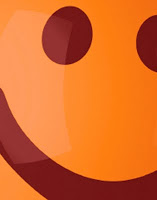