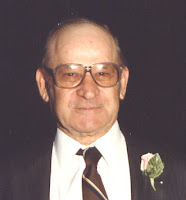 I’ve only scratched the surface on the incredible gifts with which I’ve been blessed. The response to this series, however, suggests there will be future Decembers to share other Days of Gifts.

The twelfth lesson wasn’t determined when the series began. In fact, flying to Cleveland last week, it emerged from nowhere. It wasn’t even on the initial list of ideas, probably because it is the most unusual of all.

At heart, my Grandpa Beilman was a musician, playing and arranging music for a variety of dance and big bands with his brothers and others in Western Kansas. He also worked in the local music store, a source of great fascination given my love of music. Despite this fondness for music, I hated practicing the piano and did everything possible to stay out of the school band. Why? I wanted to play electric guitar and drums even though no one was very supportive of that desire.

In grad school, however, I bought different instruments (an electric guitar, synthesizers, a drum machine) and started writing and recording music. It was special to share this with my grandfather and get his perspective on the efforts. After grad school, I started playing with a guitar group at the church my grandparents attended, so he got to see me play, including an Easter mass for which I’d written the music.

Shortly after that, Cyndi and I were married over Labor Day weekend. The next year, we returned home for our first anniversary to see family, including my grandparents. They’d come over to visit, and my mom called to me downstairs in my old room to let me know when they were leaving. Not wanting to be distracted from going through things to take back to Kansas City, I didn’t budge. Instead, I yelled back good-bye and said I’d see them next trip.

Arriving home from work on a Friday night three weeks later, Cyndi told me mom had called. My grandfather died of a massive heart attack that afternoon. My last goodbye to him was yelling up the stairs back in Hays.

This gift is unusual because it didn’t come during my grandpa’s life, but after he died - never leave unspoken how you feel about the important people in your life.

Make sure they know you appreciate their friendship, love, and everything they’ve given you. It can leave a lasting hurt to know you didn’t do this after it’s too late to go back and change it. Since then, I’ve tried to make a deliberate effort to find a way to let people know how appreciative I am of them and the gifts they’ve shared while I can.

There’s a high likelihood over the next weeks we’ll all be seeing some important people in our lives. You never know if it will be the last time you’ll see them. So if you have even a suspicion that one of them doesn’t truly know what they mean to you, learn this final lesson from my grandfather (and do me a favor) – tell them!!!

Wrapping Up the Year and Your Holiday Gift

Unless there’s time-sensitive strategic thinking news between now and New Year’s, that’s it for 2008.

If you're interested in your holiday gift, send an email to mike@mikebrownspeaks.com and put "Holiday Book" in the email subject line. I'll send you a free copy of my ebook "Taking the NO Out of InNOvation" to get you ready for 2009! 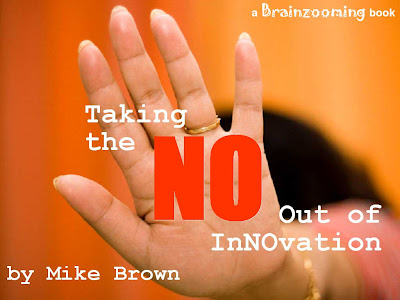 Thank you for reading the blog this year, have a wonderful, safe holiday, and check back on January 2 for a recap of favorite posts from the past twelve months. Happy Holidays!

Customer Relationships - Be Bad, but at Least Don’t Cheat on Me 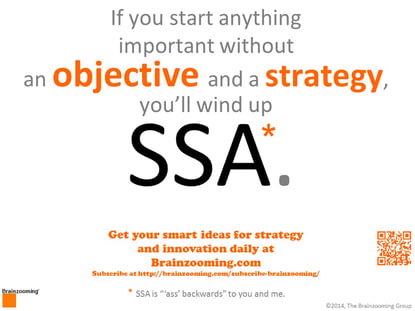 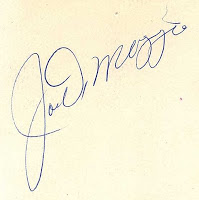 Sports Strategy Lesson Week - Use What You Don't Have Wisely