With this 2011 Super Bowl ads post, my good buddy Alex Greenwood becomes the first expert to do both video and written guest posts on the Brainzooming blog. Alex is the go-to public relations professional for organizations looking to enhance their reputations or, in the case of certain Super Bowl advertisers, trying to rehabilitate them after marching blindly into public relations disasters without anticipating the negative consequences. The Groupon commercials have been a big topic this week, with at least two other #BZBowl participants, Nate Riggs and Jeannie Chan weighing in on their blogs. Here's Alex's take on the challenges of co-opting human and political crises for brand building objectives:

Irreverence is the coin of the realm among Super Bowl ads, but it can levy a hefty public relations tax on companies when ads misfire. As I followed the #BZBowl Twitter Chat I kept a weather eye out for ads that might enhance, build or damage a brand.

Dozens of ads flashed across the screen during the Super Bowl, but two companies stood out for the PR issues of their ads. One is GoDaddy, a perennial PR train wreck, the other Groupon, taking their first steps into the television advertising world.

The domain registration giant GoDaddy has labored long on a faux-sexy, frat boy image centered on "too hot for TV" teases of race car driver Danica Patrick and her physical…assets. This year they poked a little fun at that image by introducing 77-year-old plastic surgery queen and comedian Joan Rivers as the new GoDaddy.co Girl:

I give them points for at least trying to be amusing at their own expense. The company has apparently never cared what people may find objectionable in their ads and remains one of the largest domain registry companies around.  Their stock in trade is obnoxious ads, so why change what works?

Internet advertising juggernaut Groupon, however, is perplexing. As their blog noted "After a two-year holdout, we finally decided to run real television ads. In the past, we’ve depended mostly on word-of-mouth and limited our advertising to online search for a couple of reasons. […] This year, we realized that in spite of how much we’d grown, a ton of people still hadn’t heard of Groupon, so we decided to give in to our Napoleon complex and invade the rest of the world with a proper Super Bowl commercial."

Proper? Unfortunately, the smart, agile company that rebuffed a $6 billion buyout offer took to the national stage with ads that win points for cleverness, but reeked of improper, self-defeating insensitivity.

The ads--two featuring career-diminished Oscar winners--poke fun at celebs telling us which causes to care about most, then morph into a pitch for using Groupon. Here's Cuba Gooding, Jr. on saving the whales--and cash:

Irreverent, really--but not offensive. Can the same be said of Timothy Hutton's Tibet spot?

The spot comes perilously close to Kenneth Cole's Cairo debacle, where Cole tweeted that the anti-government rioting there was actually sparked by his new spring collection. I have to admit, I thought the Groupon ad was well produced, and said so on Twitter. But the moment the surprise wore off, it hit me square in the face that it was trading on tragedy.

Reaction was quick and not pretty on Twitter--a couple of samples:

The Groupon blog does have some info about donating to charity in the same post featuring a sneak peek at the ads, but that just don't feed the bulldog. Comments on the blog are revealing of the overall reaction. Groupon has since posted a follow-up in an attempt to explain its strategy and let people know that the "last thing we wanted was to offend our customers – it’s bad business and it’s not where our hearts are."

Groupon's mistake was forgetting that irreverence--which is hip, cool and can translate into sales--is often only a centimeter or so from offensive. I get it when startups and companies with little name recognition take this risk--I don't get it when a billion-dollar company with a generally good reputation like Groupon does.

GoDaddy doesn't care if it offends (on grounds of sexism or just plain stupidity), and that seems to work fine for them. However, Groupon's relatively new image is still malleable, and at this early date it's hard to tell if this situation will have a prominent effect on their profits or image. I suspect by the next Super Bowl it will only be a distant memory. (Though I think it's 50/50 that they won't advertise next year.)

When planning your advertising and marketing, bear in mind that getting attention is the name of the game, but getting it for the wrong reasons can backfire big time in the public relations arena. When considering an "edgy" or "irreverent" ad campaign, you should ask yourself this question: Is it in good taste? That assumes good taste is something you care about. If good taste isn't an issue, then the simple, down and dirty question is: could this cause people to turn away from my brand? - Alex Greenwood 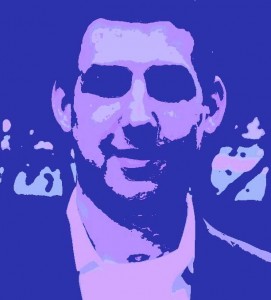 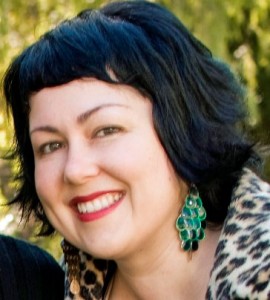