Back in 2009 when I needed to start writing about The Brainzooming Group and what we were going to do, someone introduced me (via email) to Emma Alvarez Gibson, with the recommendation that she was cool enough to help create the messaging for Brainzooming. It was true. Emma challenged me on what I wanted to say and helped us get to a structured way to communicate what The Brainzooming Group offers. Based on her branding experience and her ability to focus and pare down all the things I wanted to say about Brainzooming, Emma is exactly the right person to weigh in on this year's seemingly disappointing crop of Super Bowl ads, and ask the question,"How does this happen?": 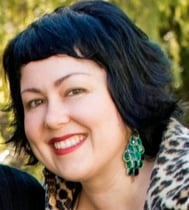 It’s easy to make the case that the best ad is the one that sells the most product; the purpose of advertising, after all, is to persuade consumers to part with their dollars. Of course, artistry lies in that sweet spot between sending lemmings over the cliff and elevating the consumer along with the brand. That artistry – well, artistry, full stop – was absent from the majority of last Sunday’s Super Bowl ads.

Oh, it’s just TV, I can hear you say, and that’s true: it’s just TV. But it’s also a reflection of who we are as a culture. It’s a bit of anthropology, if you like. And I don’t know about you, but I very much resent being shown a bunch of spots that seemed to have been created by bored, cocksure interns with no knowledge of what’s gone on in this vast American life over the last 20 years, under the guise of great advertising.

From the offensive (hello, Groupon!) to the wildly unoriginal (Pepsi Free? Pepsi Light? Clear Pepsi? What was that “Men Are From Mars, Women Are From Venus” spot for, anyway?), from the stunningly mediocre (“Get a Chevy that will read you what your date said on Facebook, because you’re a lousy excuse for a real man!”) to the blatantly ripped-off (1984? In a spot featuring a non-Apple product?), Sunday’s offerings ran the gamut in all but the one arena that matters: artistry.

Yes, of course, there were a few bright spots: the love letter to Detroit, gorgeously crafted. The joltingly adorable little Darth Vader. The quiet, simple, sweet Coke ad featuring two border patrol guards on opposite sides of the line. There were other more-light-than-dim spots, too. But where was the boom-boom-pow, to use the parlance of our halftime entertainment? What became of the minds that gave us so many gems just 12 months ago?

Look, it’s easy to beat up on someone’s work from my comfy spot on the couch. You win some, you lose some, as the Steelers can attest. Everyone has an off day, an off season. But there’s a difference between missing the mark and joining the ranks of the lowest common denominator.

We can do better, guys. Let’s raise the bar. We can do so much better. - Emma Alvarez Gibson 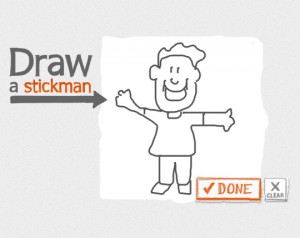 Give Yourself a Break