I was surprised  during this month's #Ideachat session covered in last week's piece on creative spaces to meet several people from Kansas City and another from my hometown of Hays, KS during the international Twitter discussion. One of the Kansas City-based participants, Bradley (Woody) Bendle, reached out to talk innovation last week. We had a great conversation about his efforts in developing insight and process-based innovation, and he agreed to share his thoughts on creative spaces to provide another viewpoint from #Ideachat. Here's Woody Bendle on three different types of space which shape creativity:

I decided to weigh in on this topic after the January 2012 #ideachat, moderated by Angela Dunn (@blogbrevity on Twitter). One of the questions posed to the participants was whether physical space affected creativity. I, like most others participating in the discourse, believe physical space does affect creativity. As the #ideachat discussion thread continued, I began to expand my thinking about "space" and "creativity". I started to also think about "space" in terms of time, as well as "space" in terms of a state of mental openness. Let's look at each type of space.

I believe Physical Space can inspire creativity. That is, there are some spaces that are relatively more conducive for creativity while some can have an adverse effect.  Contrast Kansas City's new Kauffman Center for the Performing Arts with any home from an episode of A&E's Hoarders. There is just something inspirational about spaces that were created through creativity, imagination and ingenuity. They allow, or even encourage the mind to wander into the realm of possibilities. While there is little published on the effects of physical environment upon creativity and innovation, I'm firmly in the camp, along with David Kelley (founder of Ideo), that believes there is a strong relationship. In his foreword for Make Space, Kelley writes, "Regardless of whether it's a classroom or the offices of a billion-dollar company, space is something to think of as an instrument for innovation and collaboration. Space is a valuable tool that can help you create deep and meaningful collaborations in your work and life."

I have long believed, due to my own personal experiences that time is an important ingredient for creativity. That is, when one faces severe time challenges, it is very difficult (if not perhaps impossible depending upon the circumstance) to be creative. Sometimes, things just need to percolate a little.

With extreme time pressure, people tend to revert to making decisions based on their prior knowledge set and experiences in order to accomplish the goal or task at hand. When time is very limited (perhaps at a critical crisis level) individuals fall back upon instincts. Author Tim Hurson in Think Better would call the former the Elephant's Tether and the later, Gator (reptilian / instinctual) Brain. Conversely, however, if one has too much time and lacks at least some focus, I feel that can have an adverse effect on creativity. Hurson refers to this as Monkey Mind, a state where one is easily distracted (which isn't totally a bad thing) and the mind races and jumps from thing to thing with little awareness. I think of Dog in Pixar's 2009 movie "Up" when I think of having too much, unfocused temporal space. Squirrel!!!

Perhaps one of the most cited studies related to time and creativity was conducted by Harvard University's Teresa Amabile. Her study analyzed content from 12,000 aggregate diary days involving 238 individuals on 26 project teams across seven companies and three industries. In a 2004 Fast Company interview with Bill Breen, Amabile stated, "People were the least creative when they were fighting the clock. In fact, we found a kind of time-pressure hangover -- when people were working under great pressure, their creativity went down on not only that day but the next two days as well. Time pressure stifles creativity because people can't deeply engage with the problem. Creativity requires an incubation period; people need time to soak in a problem and let the ideas bubble up." That leads me to my thoughts on Mind-Space.

For me, Mind-Space is perhaps the true "final frontier" and rarest space of all. It is an expression I've come to use to describe the union of creative mindset and time.

Creative Mind-Space is when the mind achieves a certain harmonious state and the 'juices' flow - almost perfectly. Perhaps the best way to think about this is that state which leads to those 'Eureka' moments we've all had. For some, it happens in the shower, while for others it occurs in their car while driving down an open stretch of interstate. Often for me, I can regularly get into my Mind-Space on an airplane. It seems however that a common thread is being in a physical space that is a familiar enough, non-distracting, or perhaps even “vanilla” - a physical space that allows, or perhaps even facilitates one to escape into their mind and just process.

I think about Mind-Space as the place/time/mindset combination where prior stimuli, facts, ideas have the ability to assemble, disassemble and reassemble, associate, disassociate, and re-associate, building up to those coveted "ah-ha" moments. As Steven Johnson describes in Where Good Ideas Come From, "To make your mind more innovative, you have to place it inside environments that explore the boundaries of the adjacent possible. Certain environments enhance the brain's natural capacity to make new links of association."

With today's continuous onslaught of anti-creative stimuli and never ending competition for time, Creative Mind-Space is a rapidly depleting resource that we need to protect, restore and cultivate.

The next time you encounter a creativity challenge, seek improvements to your three spaces - Physical, Temporal and Mind. If that fails, go ahead and watch an old episode of Star Trek. Might I recommend "The Trouble with Tribbles", episode #44, production #42. - Woody Bendle

Are You Facing a Creative Imbalance? 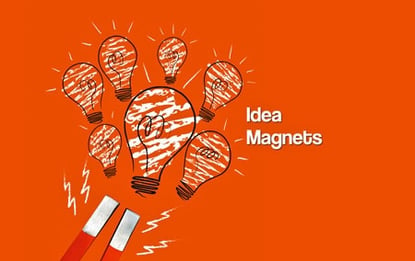 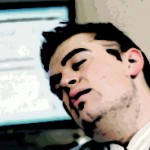 Marketing Boredom - Avoid It at All Costs