Social Media While You Wait

My dad had colon surgery in April 2009 which resulted in him spending seven weeks in the hospital and having to wear a colostomy bag which is, as both my parents will gladly tell you, a less than delightful experience. 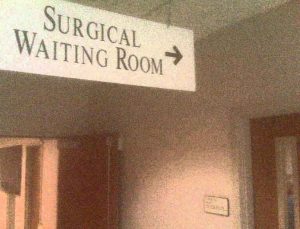 As we spent that long April Friday in the surgical waiting room at the Hays Medical Center in Western Kansas, we watched the Oprah episode where Oprah was learning to tweet. The big social media news was the challenge between @aplusk and @CNN to see who would be the first to reach 1 million followers. That Friday, I'd pretty much guarantee I was the only person tweeting in the waiting room (on my Blackberry) and was gratified to have a few very kind Twitter friends checking in to see what was happening with my dad.

Flash forward to last week when my dad had surgery to reverse the colostomy and regain some of his quality of life. The waiting room now has wifi and several people were on laptops (including a gamer), and one woman was using an iPad. Oprah has moved way beyond the learning phase on Twitter, having tweeted nearly 140 times - an average of one tweet every 4 days since that episode of her show. Lady Gaga has more than 7.2 million followers, and @aplusk is playing catch-up with just over 6 million followers.

As for me, instead of tweeting from my phone, I was using Tweetdeck. Where I'd been willing to tweet messages which disclosed I was traveling during the 2009 surgery, I was careful to only tell a couple of people via DMs last week that I was in Western KS and away from home.

Nineteen months later, there are many differences in the nature and scale of the online world.

The importance of being with family when they need you, however, hasn't varied one bit. For that, I'm very thankful.  – Mike Brown 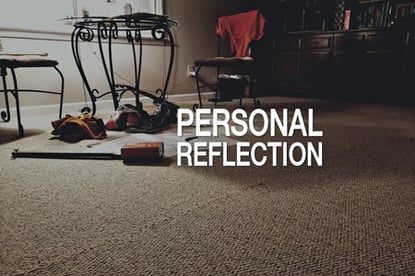 February 29 - What Would You Do with an Extra Day?

I Only Paint When the Walls Are Bare 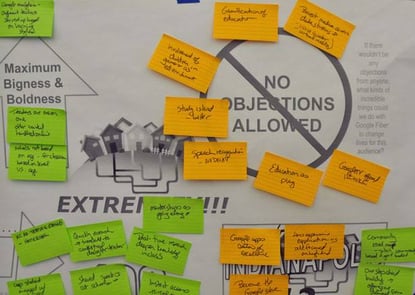