Given the significance of this evening's news about the Osama Bin Laden death, I'm doing this real-time post as the story has been unfolding. I don't do a lot of news-related posts here, but the late developing nature of the Bin Laden announcement seems to justify a change in strategy. A few thoughts on the Osama Bin Laden news along with the social media and strategic implications of tonight:

Twitter broke the actual news - at least for me and a lot of people.

The first tweet that got me digging about Osama Bin Laden is over to the right. Twitter has become the 1-800-WHO-DEAD that Kansas City radio host Mike Murphy longed for years ago. Crowdsourcing works for breaking news - that's been proven. A tweeter in Abbottabad, Pakistan even unwittingly live tweeted the US attack, which occurred at 1 a.m. local time. In terms of analysis, well, the pros still have an advantage there (although the level of repetition that takes place to kill time on TV is fairly comparable to the endless RTs on Twitter). Not surprisingly, there's already a @GhostOsama Twitter account which is definitely worth checking out. At 11:30 pm CDT (May 1, 2011) it already had 5,000 more followers than @Brainzooming!

Do things in the right order - even if it screws up the timeline.

One of my strategic mentors would kick timeline and deadline expectations to the curb to ensure we stepped through things in the right order. The right order always included making sure the proper people knew things ahead of time and were prepared to respond to big news. It drove people (both his peers and his staff) crazy, but his "no surprises" policy always struck me as tremendously sound.  Based on the delays in making the official announcement, I'm glad to see the Obama administration follows the same sound messaging strategy.

News isn't all about news. News is also about context.

There wasn't a tremendous amount of news in President Obama's speech - maybe 10% of the time was news about Osama Bin Laden's death (and much of it old news thanks to Twitter). But the role of a leader isn't simply news; it's placing news in context. Notice that President Obama led with context, finished with context, and wove context throughout his relatively brief statement. The news (and what details will be ultimately be shared) will come out in due time from the proper functionaries. Only the leader can set the right tone. There are loads of lessons in how this was handled from a messaging standpoint.

There was a tremendously insightful article in The Atlantic in 1990 about how much we'd miss the Cold War (pdf link). The reason? Instead of a stand-off between two major powers, the article predicted we'd be fighting skirmishes around the world to keep the peace. Sound like what our situation has been like for years? While we've portrayed Osama Bin Laden as THE enemy of the United States, he doesn't have the significance the Soviet Union did. We may have killed the "leader," but terrorism doesn't work because of hierarchy.

Osama Bin Laden represented a force for evil in the world. We hated him because of his role in killing US citizens and wreaking worldwide havoc. But the jubilation we saw at the end of World War II represented, among other things, a sense of relief that people thought a new world situation and a significant change in the world's safety and horizons would take place. That just doesn't seem to be the case here; it's hard to pinpoint what of major significance will change based on Bin Laden's death. This seems a lot more like John Dillinger than Adolf Hitler. Express your patriotism, stay vigilant, and remain (or get) prayerful - we've got a bumpy road ahead of us. – Mike Brown 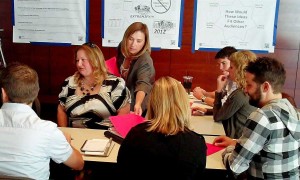 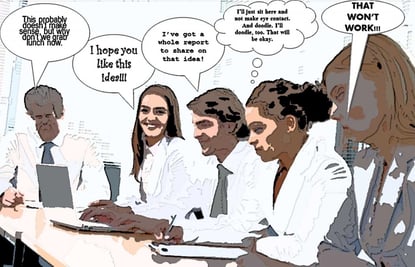