Extreme Creativity - When Do You Trust a Creative Genius?

“At what point do you trust a creative genius who comes in as your new boss?”

That was a fantastic, completely new question at a recent creative thinking workshop.

What prompted it was discussing Greg Reid when he joined Yellow Corporation as our new CMO during my Fortune 500 days. With a consumer marketing background, Greg arrived at our business-to-business transportation company during a major turnaround. Everything was already topsy-turvy, and he added to it with a completely different mode of extreme creative than any of us had previously encountered.

He was the archetypical creative genius. I was the person who “got” his creative ideas and turned many of them into reality, and we started working well together in a short time.

Trust Me on This?

I will admit being skeptical of some of Greg’s extreme creativity.

About six months after arriving, he wanted to fly the entire corporate and field marketing and sales team to Phoenix for a kickoff meeting and retreat at a golf resort. As part of the event, he decided to bring in Earl Monroe, the former New York Knicks great, to speak and do a meet and greet with our internal team.

The whole thing smelled like a boondoggle WAY beyond the boundaries of acceptability at our extremely cost conscious company. I KNEW it might go okay, but figured the field VPs and our senior management would be in an uproar when they discovered the meeting retreat.

I was COMPLETELY wrong.

The event was fantastic, the field people were very excited to be involved and share their perspectives, and it created a strong bond among all the attendees. And no one in senior management said a word about the cost. The fact we held it in Phoenix in June when the temperatures were higher than the room rates likely helped.

Greg pretty much had my complete trust in his creative genius at that point.

I will admit, however, being a vocal naysayer of one other early extreme creativity idea from Greg’s early days.

The next year after our overwhelmingly successful inaugural company-wide meeting, Greg proposed another completely outlandish idea. He wanted to open the next company-wide meeting with a film of our entire senior leadership team meeting when they were kids. The video would feature a doppelganger kid for each executive. The kids would behave like the executives did as adults, with the addition of child-like bickering, poking, and hitting one another.

I proclaimed the idea as crazy and too much of an inside joke; I was certain the comedy would fall flat with the audience of twelve hundred sales operations people from the field. I even refused to be onsite for shooting it, although I did help with the script, the casting, and coaching several kids on their executive imitations.

When the moment occurred to debut the video at the next meeting, I positioned myself behind our president and the senior leaders to gauge the reactions. As it became apparent Greg was about to introduce a big surprise, our president turned and said, “Danger. Danger, Will Robinson.” The kids video was a HUGE hit with the audience. They roared with laughter, and people talked about it for years.

In each instance, he painted a big vision of extreme creativity I thought would fail. Ultimately, each unfolded exactly as HE predicted.

After that, he had me; I was compelled to suspend any doubts about his future ideas for extreme creativity that didn’t square with my sensibilities.

In a subsequent Facebook conversation, a friend whose father has not been great during her life has suddenly changed; he has started being “GREAT” recently. She was grappling with how to trust the change.

I compared it to the situation with my creative genius.

There is probably a hurdle to clear in any situation where someone surprises you with different, positive behavior that is unfamiliar to you.

The guideline I offered her?

If the change is extreme (and from previously harmful behavior), the number of times they have to prove themselves is likely much greater than two. Ultimately, you must place someone’s previous track record against what they’re doing now, add a healthy dose of forgiveness and charity, and determine a realistic and reasonable hurdle is.

So what do you think…do you trust me on this? – Mike Brown

Looking for Value-Added Innovations to Grow Your Business? Brainzooming Has an Answer! 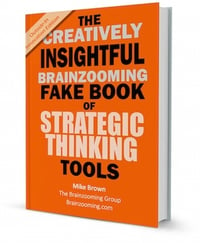 Business growth can depend on introducing new products and services that resonate more strongly with customers and deliver outstanding value.

Are you prepared to take better advantage of your brand’s customer and market insights to generate innovative product ideas? The right combination of outside perspectives and productive strategic thinking exercises enables your brand to ideate, prioritize, and propel innovative growth.

Download this FREE ebook to turn ideas into actionable innovation strategies to drive your organization’s comeback! 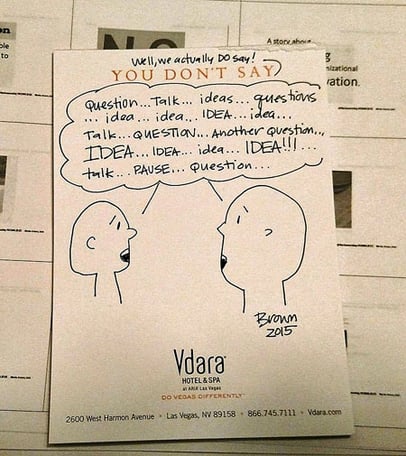 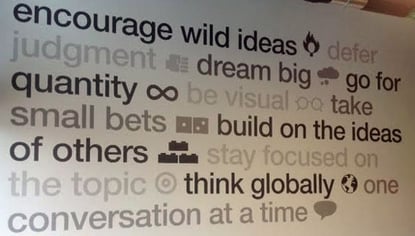 Creative Thinking Skills – 4 Keys to Being a Creatively Supportive Leader 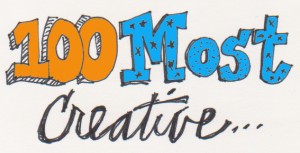