Want a More Creative Strategy - Watch What You Watch!

In a recent TalentZoo.com post called "Thirsting for Originality," author Danny Goldgeiger addressed the perceived similarity of a Super Bowl ad for Coca-Cola and a nine-year old ad from Israel for a chocolate milk product. Danny G. wrestles with the possibility that wide access to media makes it more, rather than less, likely similar ideas may show up multiple places.

One strategy he suggests to minimize this occurrence is for agencies to push for original ideas, and clients to ask for unexpected things in ads (although in this case, the commercial is unexpected and still looks like a complete rip-off). All the while, he acknowledges it's still likely ideas will get reprocessed in creative minds and used again.

So what can you do to challenge this tendency to reuse ideas more aggressively? One way is for people involved in creative pursuits to actively manage the media they regularly and deeply consume.

In the original article's comments, I referenced a Conan O'Brien interview someone had tweeted where he was asked about his TV viewing habits. O'Brien recounted watching anything other than comedy for inspiration. His point was if he invested his time focusing on other late night talk shows, he'd drift over time toward what they were doing. The result? Losing his originality and failing to explore the comedic style most suited to him.

His comments provide a valuable lesson in managing media consumption.

If you want to minimize your own internal rehashing of ideas, think about consciously controlling the media you consume within your category. When seeking out creative inputs, do it more heavily from other industries or market segments. One way I address this is by using the Twitter feed to point me in new directions all the time (vs. working the same strategy, innovation, and creativity news and blog beat over and over).

If you're in a creative role and you're able, don't immerse yourself in a direct competitors' ads. That may seem radical (especially for a guy who has done a lot of competitive intelligence), but it could provide the right distance to keep your perspective fresh. - Mike Brown 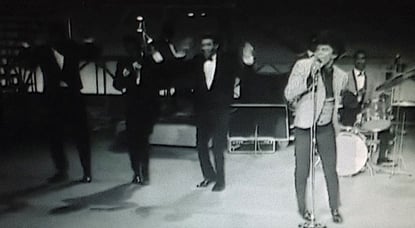 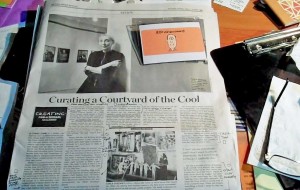