My dad managed the TV station in Hays, KS where I grew up. His job was the source of an amazing number of cool experiences. One of the best was in 1975 when Topps sent him 3 cases of baseball cards. So what did I do all summer? I opened pack after pack of baseball cards. And 1975 happened to be a year with two rookie cards for future Hall of Famers – George Brett and Robin Yount. I still have 6 or 7 each of these cards!

Another very cool experience was getting a copy of an audio cassette called “Creative Freakout.” All I knew until recently was that it was done by the Heller Corporation in L.A., and that it has a hilarious story line right out of the late 1960’s, featuring some of the most memorable advertising jingles I’ve ever heard.

Take a listen, and you’ll find that it lives up to its title – prepare to freakout at these advertising protest songs!

BTW – For whatever reason, when somebody else has already answered a question for which you’re seeking an answer, it’s called secondary research, as if it’s less important or relevant than “primary” research. To someone who started life as a “secondary” researcher (me), it feels like a huge disservice (okay, it really feels like b.s.) since the knowledge and skills to be successful may be different, but are just as demanding as “primary” research.

So the mini-rant is in tribute to secondary researchers everywhere, but one in particular, who’s leaving our staff today to move to a really cool new project that’s at the heart of bringing online access to communities across the US.

Deb – you’re truly a unique talent, and it’s been an honor to work with and learn from you! The best of everything! And let’s do Crave, home of grilled cheese and tomato soup - a real creative freakout! 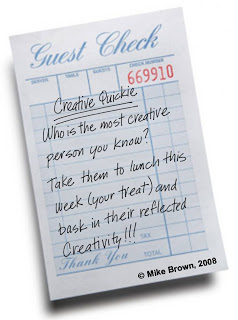 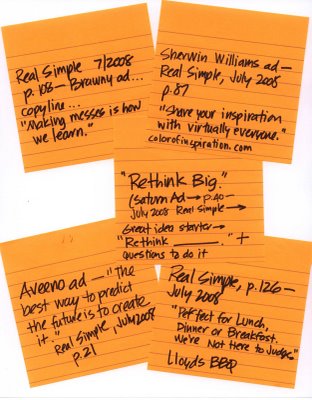