One of the best and most succinct arguments for good planning is one I first heard from my friend and colleague, Max Utsler: If you don’t know where you’re going, any road will get you there.

There is a corollary which is just as important (I’m sure Max would agree): If you know where you’re going, you have a much better chance of knowing a good alternative path when you encounter a roadblock along the way.

A young man I know recently made excellent use of that corollary. He recognized and took advantage of an alternative path because he had planned exactly where he wanted to end up.

For quite some time he has had his heart set on attending a major ACC university. He knew the school had strict entrance requirements, and his grades and test scores were not likely to get him admitted straight from high school. His original path called for him to go to a community college, get his grades up, earn an associates degree, and finally gain admission that way.

But that wasn’t working out. His roadblock consisted of several challenging courses which made it evident he was going to take considerably longer than planned to hit the necessary GPA and get an associates degree.

At the same time, some friends of his (female friends) were headed to cheerleader try outs at his dream university. They suggested he try out. And he did. And he got selected. And that means he is automatically admitted to the university he'd always wanted to attend.

Talk about an alternative path.

Because he had his destination in mind, he was able to see the possibilities of a new path even though it wasn’t the one he had set out on. It was also not a path that the tough football linebacker he was in high school would have easily seen. But because he recognized his goal and its importance, he adjusted his route when the original road wasn’t going to get him where he wanted as fast as he wanted.

In business or in life, good planning makes us more capable of reaching our goals, even if the path we plan turns out not to get us there. - Barrett Sydnor, Strategic Contributor 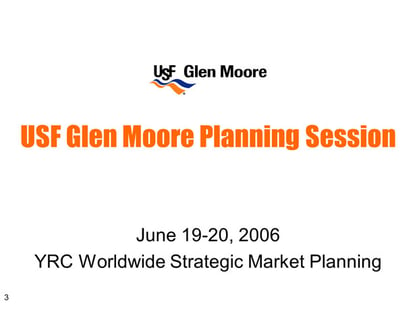