And Now A Word From Our Sponsor

Everyone who speaks or has attempted to speak more than one language has truly excellent stories of times when their linguistic wires got crossed. I find these types of stories incredibly charming; in our efforts to understand one another, we often create a delightful kind of chaos--or at least a hilarious kind. For instance, one woman I know proudly introduced herself to someone in Rome by saying that she was “a happy milk” rather than “happy to meet you.” As a second-generation American child, having learned English and Spanish simultaneously, I was eager to make sense of both languages, and particularly colloquialisms. At some point I discovered that TV commercials were an easy way to learn about American English as well as American behavior at large. Mainly, I learned that there were very specific ways of doing everything, and my family was doing all of them wrong -- but they were useful, nonetheless.

It wasn’t until much later that I learned I wasn’t alone in having gone the commercial route to becoming American. My mother, as it turned out, had blazed that trail before me, and as today’s guest blogger, she’s here to share her first-generation American childhood experiences with the worlds contained in 1960s American television commercials. Welcome, Mom!  - Emma Alvarez Gibson

And Now A Word From Our Sponsor - Sarah Andrade

I cannot recall exactly when I became Brahtti, or rather a part of Brahtti. I know I was too young to find the word in the dictionary, although it would have been futile to try.

Prior to becoming one of (the?) Brahtti, I had lived in a very small town in Mexico where evening entertainment consisted of playing in the street with the neighborhood children -- roughly fifty or sixty of us -- until our parents had shouted to us to come in at least ten times and we had shouted back "Just a little while longer!" at least eleven.

This changed when the wealthy family of the neighborhood bought a black-and-white television set and those of us who had a centavo could sit on the floor of their living room and watch a show. There were so many of us, and the TV was so small, that it was difficult to see. It was doubly difficult to hear, given all our excitement and the munching of our pumpkin seeds from newspaper cones, but we were all awed to be taking part in this new thing called television.

A year later, when I was five, my family moved to the United States, and wonder of wonders, we soon had our own television set in our very own living room! We did not have to pay a centavo to watch it, and there were a lot more shows. Everyone spoke English on this new set, but my sister and I were learning the language quickly. What's more, this television actually addressed its audience, which is how I came to discover that I was part of Brahtti. 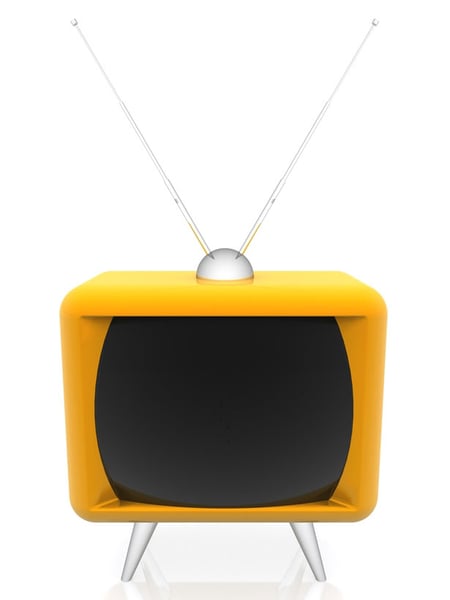 At first I thought Brahtti was a particular person, but soon I realized it was the name given to us, the collective audience. Prior to each show, there were things that we were asked to buy: shaving cream, cereal, soap, cigarettes, etc. They would say something like, "And now we present Dobie Gillis! Brahtti, YOU buy Tide detergent." [You might want to say this out loud a couple of times for best results. "Brahtti" rhymes with "hot tea."] I noticed that they always emphasized the "you,” and I was unsure if they were being a little too demanding, or just trying to make each one of us Brahtti feel special.

Because I was trying to learn the culture as well as the language, I took my cues from the people that would show Brahtti how to do things such as spread peanut butter (huge amounts, followed with a flourished S, as in Skippy), apply shampoo (LOTS of suds) and conditioner (toss my head s-l-o-w-l-y back and forth to show how rich and manageable my hair was) and even relate to the boys (wink, smile, and walk away).

In those days there were door-to-door salespeople, which took my Brahtti status to a whole new level: face-to-face contact. Mama would ask me to interpret for her when these folks would come around, and I would have to explain that no, we could not purchase anything. Sometimes, however, they would leave samples for us. One such sample was the beautiful little bottle with a liquid that smelled of violets. The sales representative asked me to tell Mama that it was toilet water. We both stared at the little bottle in amazement. What a country! Even the toilet was supposed to smell lovely after every use. I proudly placed it on the commode and used it. Every time. After all, I was BRAHTTI. - Sarah Andrade 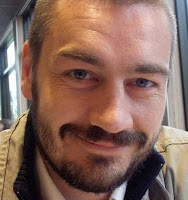 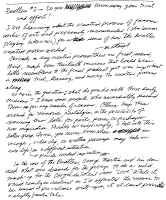