You Just Might be a Thought Leader by Woody Bendle

Customer experience strategy and innovation expert Woody Bendle is back, ranting up about thought leadership, what it means, and whether or not you can be a self-appointed thought leader. I've had a beef with the term for long time. That beef grew when a co-worker from the corporate days routed a strategy document he said was shaped by a number of thought leaders in the company. This was the first I and a really sharp co-worker had heard or seen of it. Get the picture? After that, the inside joke between us was whatever the hurdle was to be a thought leader, we were apparently FAR from it. But who knows, if you can meet Woody's criteria, you just might be thought leader! Here's Woody:

You Just Might be a Thought Leader by Woody Bendle

I look forward to this time every year when the Nobel prizes are awarded!  How exciting!

Since 1901 (with the exception of three years during WWII), the global community has celebrated the achievements of individuals making the most substantial contributions towards the benefit of mankind in Physics, Chemistry, Medicine, Literature, World Peace, and (since 1969) Economics.

Quite a list of thought leaders, wouldn't you agree?

So you say you want to be a thought leader?

They say timing is everything, and the timing of this year’s Nobel prizes is really interesting in that I recently participated with entrepreneurs and innovators in a moderated discussion on Branding and Public Relations for startup businesses.  Within the first few minutes, the group’s conversation turned to the importance of being recognized as a “thought leader”’  For 45 minutes, the group discussed thought leadership and what they were doing (or thought others could be doing) to be seen as Thought Leaders.

While these tactics may very well help grow a business or build a brand, I do not at all feel it makes one a thought leader.

On my way home, I replayed the thought leadership conversation mentally, and it really bothered me that so many people actually felt that:

I flat-out disagree! True thought leaders are few and very far between!  They occupy the rarest of rare air!  They are in fact, the types of  extraordinary individuals who win Nobel Prizes!  But I have to admit, I wasn’t able to necessarily come up with a succinct working definition of Thought Leader.

As I batted around some working principles of “thought leadership”, my inner Jeff Foxworthy took over.  Given no widely agreed upon definition for Thought Leadership, I took a crack at coming up with some of my own criteria.

And here’s one more for good measure:

I’m sure with more time, I could add to my list, but this is a pretty good starting point.  Besides, I’d love to hear some of your Jeff Foxworthy-esque thought leadership criteria! - Woody Bendle 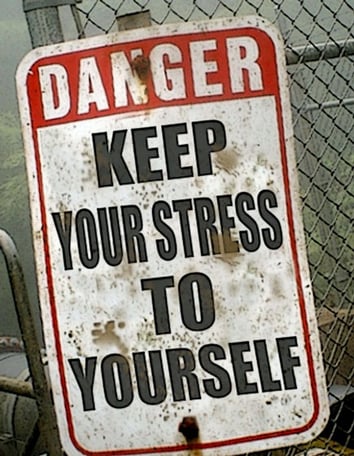