At the Chicago Traffic Club conference last week, I presented on social media strategy and content marketing. In an hour-long presentation, we spent considerable time discussing why it is a smart social media strategy for business-to-business salespeople to take an active role on social media platforms. We discussed various benefits, including the opportunity to efficiently expand the network of people you “know” that might need what you provide or who know others that might need what you provide.

Who Do You Know?

At the event’s conclusion, two salespeople from my former company were "stuck" taking me to O’Hare airport. We decided to stop on the way and have a drink at a wine bar in Lombard, IL.

Standing in the bar area, we continued our conversation about why it benefits business-to-business salespeople to invest time to network on Twitter. I tried to explain the value of expanding the network of people you know. I talked specifically about how The Brainzooming Group social media presence increases our contact points, benefitting our market position and sales.

As we talked, one of the salespeople was facing the patio area. He mentioned watching an attractive blonde outside who was communicating via sign language.

Without turning around, I told him as a way of proving my point about our social media strategy, "There's a good chance I know exactly who she is because of Twitter."

He was incredulous at my claim. I turned around as the group the woman was in was leaving and asked if he had been talking about the woman in the red and black checked top.

He said that was who he had been watching. I started looking in my Twitter “Conversations” list to see if the woman I suspected it might be had tweeted anything about being at the wine bar. Seeing nothing, I simply told him that it might be her (based on my recollection of her picture from Twitter), but I couldn’t be sure.

Returning home that night, I did more digging. As I looked through the Twitter stream of Anne Reuss, I found a picture of her from a few days before in a RED AND BLACK CHECKED TOP! 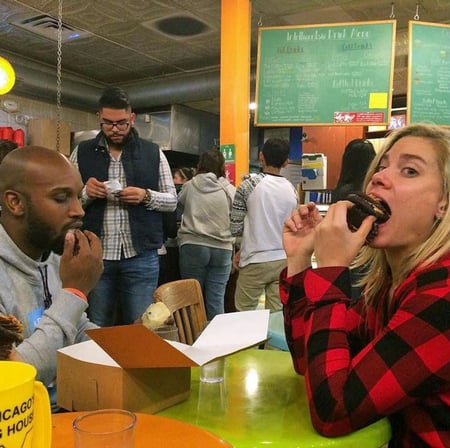 Think about the Opportunity

I met Anne via #Ideachat, a now dormant (unfortunately) global Twitter chat where I also met frequent Brainzooming guest blogger Woody Bendle. Anne and I had tweeted at various times, but not recently. Yet, because of Twitter, in a Chicago metropolitan area of nearly ten million people, I knew the person sitting fifteen feet away from us at a random restaurant BECAUSE OF SOCIAL MEDIA.

And get this . . .  when Anne and I were direct messaging the next day on Twitter, I learned she had been checking out our profile recently to see if some collaboration opportunities existed with one of her clients. Yes, there are potential business opportunities arising from having known each other previously and being able to readily reconnect, even though our opportunity to meet in person the other day was a near miss.

Sure, it would be easy to chalk all this up to dumb luck or random chance. But it’s a fact: the more connections you make via social media, the more possibilities there are for those connections to lead to important relationships and business opportunities.

What are you going to be doing today to grow YOUR network via a social media strategy that builds YOUR sales opportunities? - Mike Brown 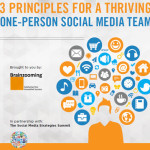 Looking to Improve the Efficiency and Productivity of Your Social Media?
Our Newest Social Media eBook Is for You! Download it Today! 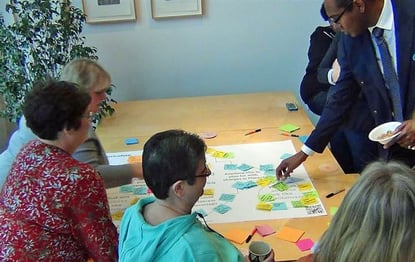