“Sloth is the New Genius”* 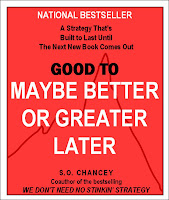 *This is Holy Week for Christian denominations, so I hesitate to write in support of certain strategic benefits of sloth, one of the seven deadly sins, but here it goes:

There’s a phrase written on my office whiteboard: “Sloth is the new genius.” That was my reply once when someone complimented me on having apparently anticipated a project’s “new” new direction and deliverables well in advance.

Actually I had ignored several weeks of activity on the project’s “new” direction because it just didn’t make strategic sense. Instead, I stuck with the direction we’d been working on for months since it was clearly a solid approach. When everybody came to their senses and returned to the old plan (which was now the “new” new plan), it only looked as if I had been really smart and proactive. It was anything but that. I’d simply done nothing on the project and placed attention on other efforts while everyone else frantically tried in vain to change course.

Find yourself getting caught amid constantly changing direction? If you do and a new one doesn’t make sense, rather than going with the flow maybe you should just do nothing.

Be careful though, because as befits any deadly sin, there are major risks and potentially heavy penalties in a slothful approach. Guess wrong and if things don’t ultimately swing back to the original strategic path, you could find yourself corporately dead. But if you understand how the morphfiends in your business life operate and can read the situation correctly, your strategic slothfulness can keep you out lots of corporate silliness. It’s your call.

Dilbert on a Risk Taking Strategy

Uncertainty in Your Creative Thinking 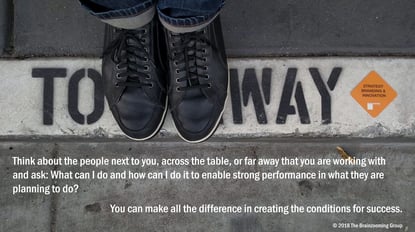