The Golden Globes award show hosted by Ricky Gervais last night holds a couple of important creative lessons worth calling out. In case you haven't seen the show the last two years, in 2010, new Golden Globes host Ricky Gervais was brought in to make the show edgier, which he certainly did. Gervais is hilarious with his humor coming through sarcasm, cynicism, and his willingness to skewer anyone with an inflated ego (himself excluded though). His 2010 Golden Globes performance was funny and edgy as promised, going after all the big celebrities including Paul McCartney (who everybody seems to like) with a dig about his divorce settlement with Heather Mills. Ouch! As a viewer, you walked away with the sense that this was a different type of awards show and were able to put the awkward moments in the background.

Last night, Gervais returned as Golden Globes host, with the obvious creative challenges that presents: you have to top what you've done before creatively. This is a fairly typical creative conundrum, and how you choose to address it strategically means everything for whether you're a creative success or failure the second time around.

Gervais went with the easy answer: do MORE of what you did before, which in this case was going after the celebrities attending even harder than he did in 2010.

This year's results were a lot less favorable, with noticeable boos during his opening monologue from the audience, his obvious absence during the second half of the Golden Globes, and prompting everybody's nice guy Tom Hanks (who had been spared any barbs) to go after Gervais when presenting an award late in the show.

1. Think long and hard before returning to previous creative triumphs.

It may seem like the simple answer to keep coming back, but the right answer could very well be to move on and keep finding successes in new places.

2. If you do return creatively, doing more of what you did isn't always the right creative answer.

Novelty is an important part of an audience's reaction to creativity. The second time around, you have to maintain the novelty. Doing more of what you've done creatively is an easy creative answer. But when you work the creative edges (as Gervais does), more can get old quickly. Gervais would have been advised to go against his strengths and used subtlety or even some self-deprecation to shoot for some comedic novelty.

3. Watch yourself when dividing your target audiences and pitting them against one another.

Gervais wound up upping the ante in insulting the celebrities. For me as an at-home audience member, there were awkward moments that were potentially even funnier than last year. But then again, the in-room celebrity audience is an even more important target audience and helps set the tone of the show through their reactions. If it's not a creative success with them, it makes it harder to seem like a creative success on the broadcast.

My prediction - Ricky Gervais won't get a chance to employ the Rule of 3 to try going even further, or even in another creative direction next year. His last Golden Globes moment will likely be the one Sunday evening where the cameras had already left him alone on the stage as he skewered God, the ultimate big guy. – Mike Brown 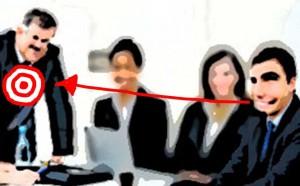 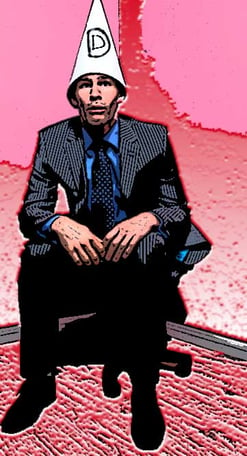 Before Wild Creativity, Get Grounded in Strategy First