Reflections - Recapping the Last Week in Life, Sports, and Business 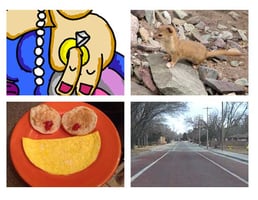 Last week's blog traffic suggests it was a busy week for everyone . . . I admitted something to my Bible group last week that I don't think I've ever told anyone. It was THAT kind of evening . . . One sign of maturity is having something go completely differently than you expected, but completely working out, and being completely okay with that.

My college nickname was probably well earned, as much as I hate to admit it. And no, if you don't already know what the nickname was, I'm not sharing it here . . . Some people must go half way around the world to SEE what's right in front of them at home. Face it: Exotic sells . . . There are so many celebrities heading to the Kansas City area in the next two weeks, and I know I won't get to go see any of them.

Some lessons I learned SO long ago that I simply figure everyone has learned them by now. I'm pretty much always wrong on that lesson though, which is ironic, don't you think?

How tired are you of minor celebrities who spill the intimate personal details of their lives to gain attention and then whine because they don't want to be defined exclusively by the intimate personal details of their lives? Yeah, I'm talking to you (among others), mid-round NFL draftee offensive lineman from Missouri who didn't look so great in the NFL combine . . . Sure there's a common thread. Why wouldn't there be a common thread?

I received a Big Bang introductory email from a new brand. And by “Big Bang,” I mean the brand decided it needed to include every copy point and potential message it's contemplated since its inception into one email. And in case you can't guess, Big Bang Email = Small Whimper Response . . . Pithy is as pithy does. Same with stupidity, and disdain . . . "Guess and go" CAN be a business strategy when you don't have anything else prepared . . . We might not have a monarchy in the US, but we sure do LOVE a sports dynasty, don't we "Junior Nation"?

Your Daytona 500 winner: Ralph Dale Effin' Jr. I might tweet that a thousand times tonight, you guys.

With a Few More Life Reflections

Not every boundary line is the same. Some are bright and bold. Others are fuzzy. Still others seem pretty wide with lots of room to maneuver. If you think number three is what your line seems like, you may want to blink a couple of times and see if the line looks that wide after a second look . . . Two hour naps in the evening may be one of the most underrated things on the planet . . . You have to be interested in helping yourself get better. If not, how can you expect someone else to instill that interest for you in themselves? 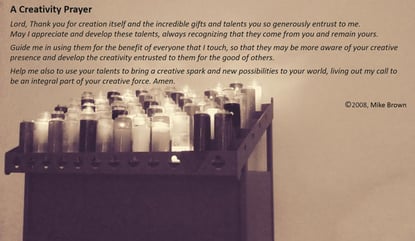 A Creativity Prayer and Reflecting on Lies We Tell Ourselves

13 Thoughts on Tweeting, Blogging, and Local News (Along with Several on Things which Really Matter)