I’m a contemplator and planner by nature, trying to figure out all potential angles first. It’s who I am.

When starting the blog, however, Kathryn Lorenzen, a wonderful career coach (trust me – contact her), suggested diving in more aggressively before understanding everything about blogging. Great advice, and much of Brainzooming is about approaches to do that more.

One way I’ve become comfortable with the idea is being more open to noticing and following “hints” placed in front of me and acting on them.

An example last week was participating in the Twitter-based IDEF140 contest devised by Stone Payton. The week was full of “hints”:

Follow that Tweet - @stonepayton tweeted Saturday, January 17 on a contest to define “innovation” in less than 140 characters with a $100 prize. Sounded cool, so I wrote one (Innovation = A fundamental, valuable improvement relative to the status quo) and tweeted it Saturday, thinking that was it.

Reach Out – I considered lifting the contest idea since $100 is cheap for diverse input on Twitter to help expand understanding on a topic (i.e. “creative instigation”). That was until Stone raised the potential prize to $1000. Suddenly stealing the cheap idea involved a higher prize expectation. After tweeting Stone (jokingly) about pricing “idea thieves” out of the market, it created a tweet and email conversation about alternatives. That led to visiting each others’ blogs, LinkedIn networking, and finding Chuck Dymer as a common connection.

Keeping Up with @Macker – Throughout the week, definitions were added to IDEF140 (as it became known). @Macker seemed to have an unlimited number of definitions. Seeing that forced me to write others, including a more mathematically oriented one and another (my personal favorite) tied to “Taking the NO Out of InNOvation.”

Mounting a Campaign – When voting started Thursday, I wasn’t planning much campaigning. Then two hints surfaced – Sally Hogshead voted for entry #2, and the organizers said a modest get out of the vote campaign could mean a win. That prompted a more aggressive Twitter, blog, and email effort (including a cut and paste tweet) for votes. My dad and Jan Harness signed up for Twitter and some infrequent tweeters returned to Twitter!

What Matters Is Helping Others – Trying to win wasn’t about the eventual $200 prize. It was about learning of possibilities from new online endeavors. After discovering I won (thanks everybody that voted!), I saw Stone supports the Furniture Bank of Metro Atlanta which helps recently homeless people and others in challenging situations secure basic furniture items (i.e., bedding, sofa, etc.). That seemed like a lot more appropriate recipient for the prize money, so it went to @FBMA.

That was last week. Diving in and following hints led to “meeting” intriguing people, challenging myself to think more about innovation, introducing friends to social media, identifying a potential opportunity to work with Sally Hogshead, and helping people financially who really need it!

Thanks for the “diving in” advice Kathryn. As always, it’s been a huge help!!! 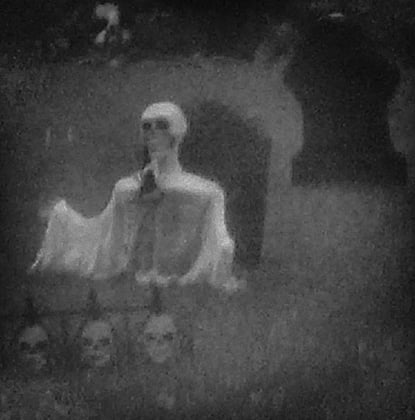