I wrote a post in November 2011 addressing 8 lessons for how a very traditional organization can enact a major change management initiative. The post was in conjunction with major changes in the English translation of the Roman Catholic mass implemented then. For those readers who aren’t Catholic, let me assure you, making this change after 40 years of the previous translation was a BIG deal.

Having watched the change management initiative related to this liturgical change play out for nearly a year, it occurred to me there are some additional valuable lessons to share relative to how people actually react to a major change. While it can be easy from a headquarters perspective to implement a major change and assume everyone will follow it exactly as planned, that’s never the case.

Based on what I’m experiencing in the pews at various Catholic churches, here are 4 struggles people have with major change and related questions to ask about how the change management effort needs to adapt to address these performance gaps:

1. Leaders who ignore aspects of the major change they don’t support

There isn’t supposed to be room for variation in what a priest says during mass, but based on the specific parishes I’ve attended, I’ve seen priests leave out certain new phrases or even use entire sections from the old mass instead of the new wording.

Question: What’s in place to bring leaders who are not on the program back into the fold through monitoring and trying to adjust and correct their performance gaps?

2. People who opt out of participating in the major change

Question: You may praise innovation and celebrate people doing things differently, but what do you handle it when “differently” means ignoring what you've asked them to do?

3. People who slip up, potentially repeatedly

Another person who sits right behind me several days a week has a tough time remembering all the new parts for the congregation. Invariably, she has a slip up or two, reverting to older parts, which she’ll then repeat seconds later with the new wording.

Question: Do you have ongoing tools to help people who are struggling with the major change, and have you created an environment that supports people who take a longer time to get their performance up to previous levels?

4. People who are still using the aids distributed when the changes were made

Nine months in, there are many people who use the original aids placed in church pews to help the congregation understand and participate in the wording changes. These aids highlight the modified wording and continue to fill a role as people still get used to the new wording.

Question – A big change isn’t necessarily “one and done,” so have you incorporated ongoing support and training into your wide-scale change management effort?

How do you account for non-performance during major changes you’re responsible for implementing? Do you see these types of people struggling with major change? Are there other issues you’ve had to address and support? - Mike Brown

The Brainzooming Group helps make smart organizations more successful by rapidly expanding their strategic options and creating innovative plans they can efficiently implement. Email us at info@brainzooming.com or call us at  816-509-5320 to learn how we can help you enhance your strategy and implementation efforts. 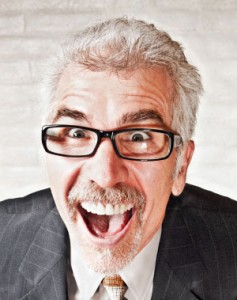 16 Ideas for Managing Upward - A Series on Managing Relationships