I've frequently advocated going somewhere you don't normally work to freshen your creative perspective. Lots of people, especially those networking, do this. Yet it seems like nearly all of them wind up (at least around here) at Starbucks or Panera. That's understandable given the Wi-Fi access and how many of them are around.

But the popularity of these locations poses problems. There are scads of people, they can be incredibly noisy (especially when school gets out), and there's "that smell" on your clothes when you leave. Maybe it's from coffee or from whatever "cooking" takes place. Or maybe, as I've come to suspect after looking at the faces of people there, it's the smell of desperation.

Here's an alternative - meet in a hotel lobby. Scout out hotels in your area with significant lobby areas and consider whether they present a more innovative meeting location.

There's one fantastic hotel lobby I've dubbed the Brainzooming "South American headquarters" because I use it so frequently even though it's far south of where I usually work. I met Chris Reaburn there the other day to recap #BZBowl and chat on social media and personal branding strategy. While parking was tight and there were lots of people in the hotel's meeting area, the lobby was essentially deserted, providing a great, comfortable (non-smelly) place to meet.

Scout out the empty hotel lobbies around you to add to your repertoire of meeting places. And while you're at it, if you have an interest in services marketing in any of its forms, check out Chris' blog: Service Encounters Onstage. - Mike Brown 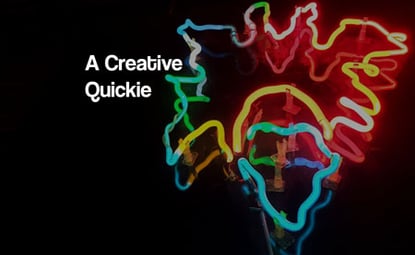 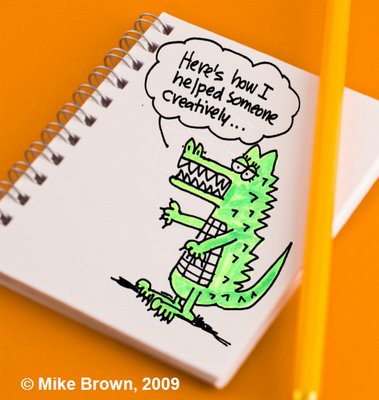 Creative Quickie Report Out - Here's How I Helped Someone Creatively