Here's another post from Barrett Sydnor, this one addressing how the sequence of competitive alternatives can suggest both threats and potential opportunities:

One of the most interesting things I ever heard a client say came from a person who had spent most of his work life in cable television. Talking about the future of the industry, he wondered if cable television would ever have come to be if satellite television (DIRECTV, DISH Network) had been invented first.

This leads to an intriguing way of looking at the current and potential competitive landscape for your organization. Ask the question: If their (newer) X had been invented first, how much of a market would there be for our (older) Y? (X and Y can be physical products, services or even brands.)

If your answer is “not much” or even “considerably less,” it’s hair on fire time. It doesn’t mean that life as you know it will soon end, but it does mean that you need to do something and do something fast, no matter how small Product X’s market share might be currently.

Cable did do something, if offered bundles of video, telephone and high-speed internet service that satellite couldn’t match. It did not totally stop the bleeding, but it did cut satellite’s growth from 12% year over year to 7% for each of the last two years. Unfortunately for cable, it has not grown at all and its market share is still shrinking.

As with any type of planning it is often instructive to look at examples outside your industry. Here are some thought starters. A good exercise would be to determine how the entities on the right in each bullet have reacted to incursions by the entities on the left. Have they been successful, why or why not? What can you learn from their successes and failures? 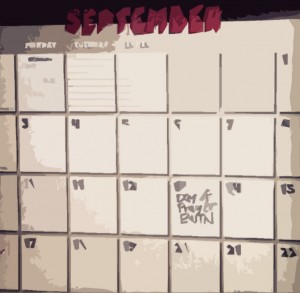 Blogging Exile Ended - The Brainzooming Blog Is Back 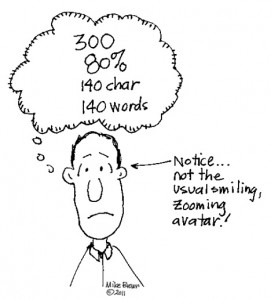 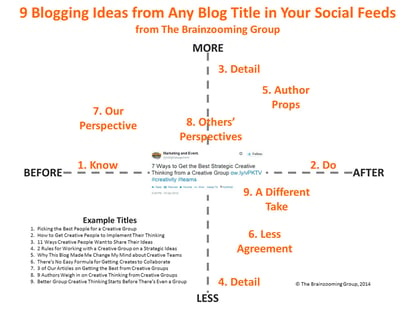 What to Blog About? 9 Blogging Ideas from Blogs in Your Social Feeds