Erica Friedman was sharing some tweets last week about bad social media practices worthy of the Fake Social Media Hall of Fame. Erica's list of social media practices that make you want to turn off your computer was so intriguing, I asked (and she agreed) to turn it around into a Brainzooming blog post. So you know a little more about her, Erica Friedman is the President of Yurikon LLC for Social Media Without Delusion. LGBT and Geek Marketing Consultant. She writes about Social Media Marketing at SocialOptimized. Here's Erica to take you on your tour of the Fake Social Media Hall of Fame:

Hello, my name is Erica and I'll be your tour guide today in our newest horror tour, the Fake Social Media Hall of Fame. The name alone sends chills down your spine, doesn't it? With so many people out there on the lookout for bad Social Media practices, it's kind of hard to imagine that so many companies - large and small - make such egregious, horrible mistakes, but they do. And so, without further ado, follow me to see some of the very worst examples of Fake Social Media.

This is a classic. We all know that people can't tell the difference between slick advertising copy and a heartfelt recommendation from their best friends, right? So cut and paste referrals make the best sense when soliciting social media.

People love it when companies ask them for external validation for a greenlit project. It's even better when the company solicits contributions to support their vision!

Making us "like" a company to get them to donate the $ they have set aside for philanthropy.

The company gets the tax break, of course, and a great page or two about their corporate philanthropy in their annual report. Customers get the warm feeling of knowing that 10 cents of every dollar they spent (up to $250,000) went to support the marketing for this worthy project.

Cover your children's eyes, people. This is still the norm! Companies hop on Twitter and post links to boilerplate press releases. Make you cold just thinking about it, doesn't it? Why do companies do this? No one really knows....

Asking followers a question then never acknowledging any answers they offer

This entry was brought to us by our Hall host, Mike Brown. Everyone loves being asked a question, then ignored when they respond! Hey, no worries companies, we know you have 237 other followers, the noise can just get too overwhelming.

Yes, thank you for asking - this isjust like saying "But enough about me, how do you like my dress," as a tactic.  Great Question. This is one of the most common Fake Social Media horrors customers have to put up with.

Matthew sent in this exhibit. Well, we know we can't really expect reasonable human interaction from celebrities, but this feels as fake as a product endorsement. Look, even the little ones can see this is fake.

Fake Hashtags and phrases that are supposed to stimulate status posts

The mysterious hashtag... #AN2B5, #WYCN, #Whatisit....no one have been able to break their occult codes yet. What does it mean? Who was it for? No one tweeting with it will say. This mystery may never be solved, but thanks to Darryl Ayo who found this one in the wild.

Sorry Ma'am, here's a handkerchief. A lot of people break down at this. It is a pretty disturbing ploy. Kelly G noted this cultured Fake Social Media (and comments that it is clever, but also shady and annoying).

Asking followers to "Like" a post to show support to some third party who did a video or person whose quote they just used.

This brutal tactic is a favorite among non-profits and cause marketers. Never mind that they didn't "Share" that quote or Video and the original person will never receive our "like"...or that by "like"ing that post, we'll be boosting that NPO's numbers. Just close your eyes and look away, people. And finally, the last in our Hall of Fake Social Media, (people with weak hearts might not want to look!):

Every company that fails to talk to their customers because Social Media is Too Overwhelming.

Yeah, it'd be so much easier if customers just gave you money and never said a word, but oh well, that's never gonna happen. Thank you for visiting the Hall of Fake Social Media. The gift shop is just through this door. Don't forget to like us on Facebook - and if you give us the emails of five friends to add to our mailing list, you'll be entered into a contest to win a free sticker for your car! - Erica Friedman 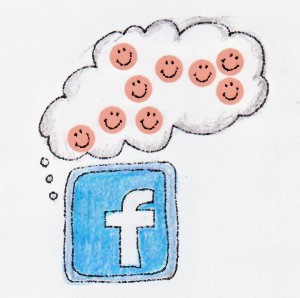 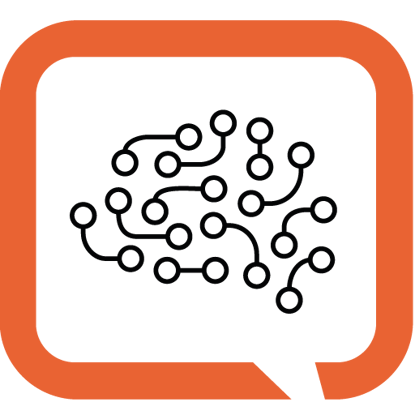 My Favorite Brainzooming Blog Posts of 2013