The Brainzooming Group is a big proponent of soliciting diverse input from as big a group as possible. Maybe that's how you define crowdsourcing or maybe not, but we consistently find diverse input - smartly managed - creates much stronger strategic thinking, creativity, and performance.

What "smartly managed" is can be challenging, however, when crowdsourcing diverse input. It is common to see an online campaign or contest where crowdsourced input is solicited without much, if any, direction or guidance about what's requested.

Here are three challenges in corwdsourcing diverse input we have come across where "smartly managed" is an issue:

It could be my market research background, but to me, there is no reason to ask for questions or participation in a way that does not allow you to be effective with the crowdsourced input. Far better to introduce some guidelines or other provisions to allow both the crowd and their input to perform very well.

In these crowdsourced cases, and ones you might be considering, here are three ways to make crowdsourcing work harder:

1. Be specific when being specific helps everyone (including the crowd) perform better

It is difficult for people to speculate about things in ways they don't ever consider. When we created the online survey for the Google Fiber in Kansas City effort, we included an open-ended, "tell us anything you want in the future" question. But most of the survey consisted of targeted questions on current challenges and needs. People think about these, even if they have no idea what Google Fiber in Kansas City and gigabit Internet speeds will be like. We received diverse input that was easier for the crowd to offer and much more manageable to process and use.

2. Crowdsourced does not have to mean there no parameters for participating

In the nonprofit's case, the challenge came from the nomination, voting, and ultimate winner performing the winning role all without having very reasonable protections in place. Instead of the nominating process visible in real-time, nominations could have been subject to an approval step from the nonprofit before being displayed for voting. Instead of letting the winner perform a function the organization typically would have staff do, they could have let the winner make decisions about pre-selected choices. Either step would have helped deliver a better result with fewer issues to manage after it was too late.

For the client who passed on the crowdsourced content creator idea, we recommended creating a "job" description against which the company would vet nominees for competence. By reviewing the initial nominations and narrowing the field to a short list of candidates, the crowd would only vote on potential content creators who were crowdsourced but also screened to make sure they could create strong social media content. For our client, limited time killed the idea. They needed to hit a seasonal window and the two-step approach, while meeting their concerns, would take too long for them.

Help your crowd be successful and satisfied with providing input 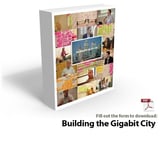 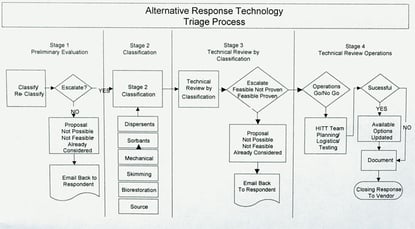