Creative Ideas - What’s The Biggest No You Ever Received?

I love first time questions, ones no one has ever asked previously, during presentations. They are always incredible thought starters and situations for personal learning.

What’s The Biggest No You Ever Received? 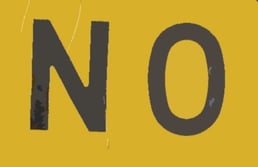 During a recent Taking the NO Out of Innovation presentation, an audience member asked me what the biggest “No,” I had ever received was, which was an incredible first time question.

My answer then was the rejection letter from Boys’ Life magazine that caused me to never again consider anyone wanting to publish one of my cartoons. It was decades between the initial rejection and realizing just a couple of months ago that this childhood “no” should never have stopped me from trying to market my cartoons.

As I have thought about the question more, however, that was not the right answer.

There have certainly been some big no responses in my career. One that stands out was when a marquee company in Kansas City reached out twice – once by letter, the other time, a month later, by phone – to let me know they didn’t want to hire me. Thanks . . . I didn’t get the message the first time!

Through more mental exploration though, I realized the biggest no in my life wasn't ever communicated to me by anyone. Instead, the biggest nos in my life have been the no answers I’ve told myself on behalf of other people. In these cases, as I considered an opportunity, I told myself in my own mind that the other party was going to say no, and then NEVER asked an important question.

The girls I never asked out on dates. The jobs I never sought. The creative ideas never pursued. The requests for help I never made. The new activities and challenges I’ve never tried.

It’s clear; the NO I wield in my own mind is by far the BIGGEST NO. And unfortunately, that NO still stands in my way all the time, even to this day.

It’s not a simple challenge, and although realizing the challenge years ago, it still hangs over me. It’s a tough NO to conquer, and it really is the central NO in Taking the NO Out of Innovation.

What's YOUR biggest NO?

Is the biggest NO in your life coming from inside or outside your own head? Go ahead and share. The group therapy session is now open. -  Mike Brown

Learn all about what Mike Brown’s creativity, strategic thinking and innovation presentations can add to your business meeting! 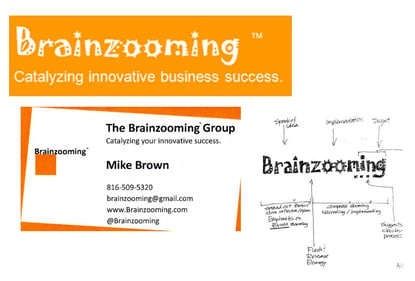 What’s the Strategic Shape of Your Service?