All in God’s Time – A Christmas Look Back

This Christmas reflection on God’s time is adapted from another blog I write called Aligning Your Life’s Work. The blog covers much of the same territory as Brainzooming, but from a decidedly spiritual perspective. I start nearly every business day at church because my faith is the most important thing in my life. It is truly an incredible way to start the business day. This year, it’s helped me better understand that in every circumstance, things have to all unfold in God’s time:
It can be difficult to understand when and how God is actively working in your life. As a result, I pray often to be open to participating in whatever divine plan should be guiding our lives. Despite the inherent challenges, something happened early in 2010 where the bigger picture was so clear, even I could see it.
Leaving a big corporate job in the fall of 2009 was a major test of faith. I firmly believe God created the situation and asked, “Are you willing to make the right decision for others and surrender your will?” Through prayer and consideration, the opportunity for my departure to allow several people to keep their jobs became clear. There was no choice but to leave if I wanted to be true to my life’s core purpose.
Since then, despite challenges, I’m at complete peace with the decision. In so many ways, God has placed signs along the way signaling, “I’m watching out for you. Believe.”
Early in 2010, even with the progress on the business at its start, it was clear we needed to secure a significant project. At that same time, Lent was approaching. During this period, we are called annually to a life of greater prayer, sacrifice, and giving to others. For part of our Lenten giving, I committed to donate a certain portion of a new project’s fee to EWTN, the Catholic television network, which has been a tremendous blessing in my spiritual life for years. 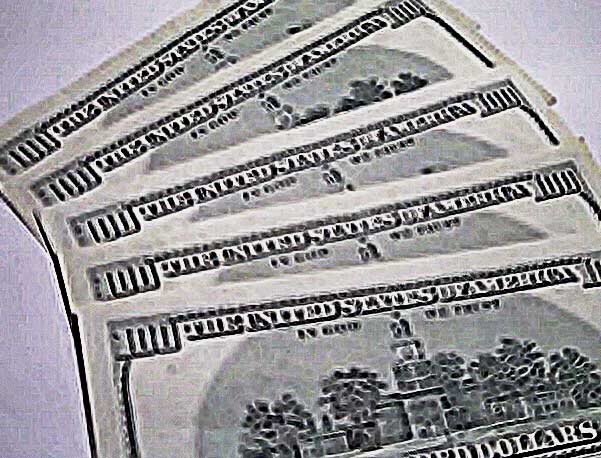 Sure enough a potential project in the works for months came to fruition as Lent started. True to the commitment, Cyndi and I made an online donation to EWTN of $500. While it would have been comforting to keep the money, it was a vital promise to fulfill.
One Thursday a couple of weeks later, we received an envelope from EWTN with a receipt and a note saying we’d be remembered in their prayers during the first week in April.
In the same mail was another envelope, this one was from our insurance company. It referenced a car accident we had in August 2004. Headed to an outdoor theater, our car was t-boned (and totaled) by a big, old pickup driven by a driver with no insurance, no license, no tags, and no apparent inclination to yield the right of way.Thankfully, no one was hurt, although we were stuck in a bad part of town with an inoperable car, a dying cell phone, and a need to find a ride home. Cyndi’s sister was traveling through town, however, and came to get us. As we waited, the Kansas City police officer stayed at the scene much longer than he would have had to, watching out for us. So beyond missing the show, having to find a new car, and covering the deductible because of the other driver’s lack of insurance, we were really none the worse for wear.
The insurance company’s letter let us know the pickup’s driver was now making payments. Because of his commitment to repay the debt, the letter contained a check for $500, refunding our deductible!
Okay, I may be tremendously dense, but even I could put all this together.
Think about it. We pray and expect God to answer immediately, not appreciating that God doesn’t (and doesn’t have to) act on our timing to provide for us according to His plan and His will.
In this case, an apparently random (and potentially tragic) event five and a half years previously (which was no more than a nuisance) had to occur to allow God to care for us at a time when $500 had taken on much greater importance.
This wasn’t t the first time something like that has happened since leaving my job. A number of times, just what we needed, whether financial or simply a word of encouragement, has arrived at exactly the right time.
The message?
Pray for the foresight to get out of God’s way and allow Him to direct you. Then be prepared and patient to allow the plan to unfold, even when it’s not clear what it all means. Because you know what? It doesn’t matter if you understand it; God understands it. And that’s what matters.

That’s a wrap on the “planned” Brainzooming blog posts for 2010. There may well posts next week, but I have to shift attention to a book proposal that’s been on my to-do list for WAY too long this year.

It’s also the time to put in some more thinking and planning about 2011 and where to place our priorities in the coming year. And yes, I use all the tools shared here on Brainzooming to do our own planning!

One last note though: this story I found last night about someone who received a gift this Christmas that also came at exactly the right time for them, and how they’ll look to pass on the same gift to someone else next year.

Best wishes from The Brainzooming Group to you and your families for a Merry Christmas and a wonderful holiday season! – Mike Brown